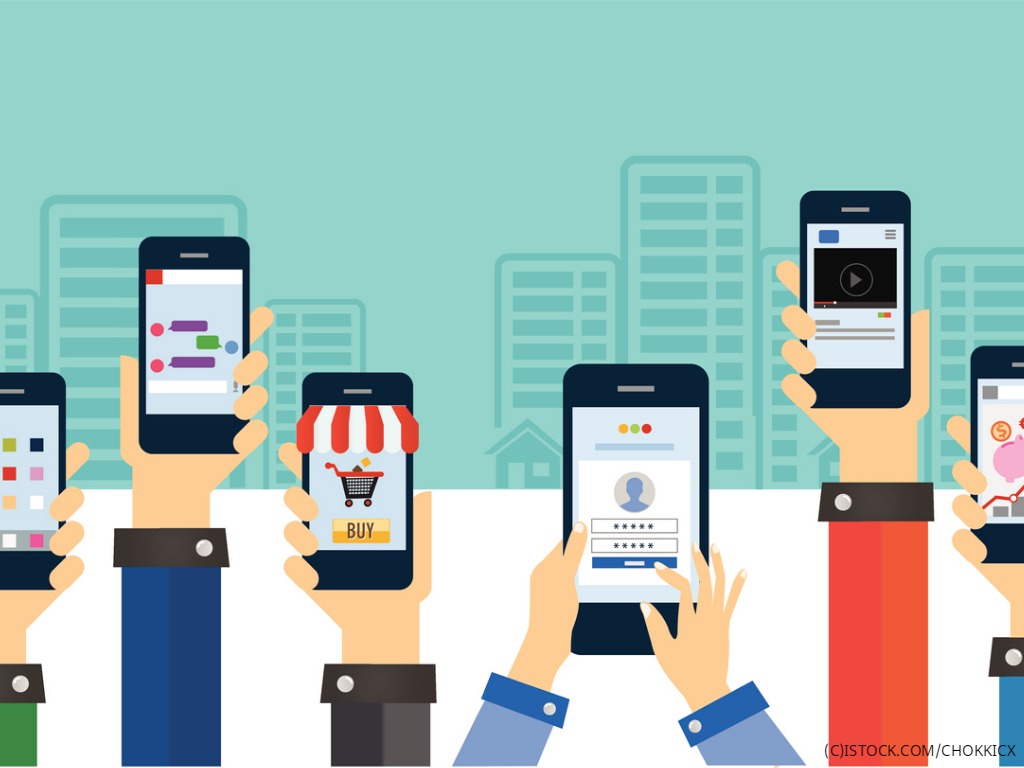 As consumers become increasingly comfortable making in-app purchases while on their mobiles, there can be little doubt that mobile will continue to be the backbone of online advertising.

Despite the dominance of the likes of Facebook and Google in the digital ad market, there is still room aplenty for more targeted and tailored advertising to suit the in-app audience. Research from Mindsea last year shows that more than 90 percent of all smartphone users have a web browser, communication and social app, utility app, entertainment app, search app, or shopping app. Only 65 percent of users have one game app on their device.

With this type of insight, it’s clear that in-app advertising practices offer marketers many untapped opportunities to develop and customise more effective campaigns like never before.

Fortunately, a growing number of advertisers are waking up to the fact that they need to put scientific conclusions – read: data – at the heart of their planning and development processes, using that intelligence to inform the different mobile ad placement types chosen and strategizing effectively about how each type can be leveraged for maximum engagement. After all, if you have performance goals — such as finding high-value users or completing product transactions — your mobile ad creative can’t just be a stunning work of art. Your ad needs to appear where, when, and how it will have the most impact on users.

An industry adage states that if content is king, then context is queen. Designers, developers and creators alike may serve the “Content King” on a daily basis. However, are you paying enough attention to Her Majesty? If not, your in-app mobile ads – graphical assets, soundtracks, and storylines etc. – are undoubtedly beautiful, but they might not be optimally placed, not connect with your target audiences, and/or not be ideal for your brand’s style and mode of engagement.

The physical and temporal space in which an ad is presented, which includes the state of the person consuming the content, may not be the most opportune or in line with your ultimate end goals.

In a world of increasingly stringent data privacy regulations, security concerns and new ad blocking technology, plus stiff competition from others, many marketers will be asking themselves how they can balance content and context so that creative ads perform better.

Start with understanding the placement types

Imagine that you have five different types of creative content. These could be a 15-second landscape video, an app logo, an app tagline, an app rating and a set of in-app assets. To understand the value of balancing creative content with placement context, you must first understand the inherent differences between the four main in-app placement types – and how these assets are used specifically for each placement.

First up: rewarded placement. Here the ad is chosen by the user during in-app event. Just think of a gaming situation where a gamer loses a life and can watch an ad to retry a level or someone using a data app can watch an ad that unlocks their ability to “swipe” back to the profile of a potential future partner. Here, the user actively opts in to watch an ad to receive a reward. For obvious reasons, this ad is usually unskippable so the reward mechanism is triggered in-app and delivered to the user.

The most valuable aspect of a rewarded placement is a user that is “active” in the ad experience. The user has control over whether they want to view an ad, so you can take this opportunity to serve an ad that is longer – the longer the ad, the more chances you have to tell a captivating story. We found that videos running even up to 45 seconds in length perform well in rewarded placements. You’ll also want to make sure you have made a portrait version of the video to captivate all users; we see roughly 75% of iOS ads delivered to devices in a portrait orientation, with similar numbers on Android.

After the video, users get a reward and can usually exit out of the ad, ending their time in the rewarded placement. However, if you have told a compelling enough story, users will stay and engage for additional time. We’ve found that a great strategy to increase the overall ad creative duration is to use those in-app assets in a playable ad. This works for both games and brands. With the most engaging playable ads, some users will stay for over two minutes before downloading an app and returning to the publisher. Advertisers get their installs and publishers get their conversion.

Next up is the interstitial placement option. This ad is presented between states – for example, the user moves to the next level and is shown an ad during the loading screen. The user is automatically opted-in – usually into a fullscreen ad – and, again, this option is usually skippable but shown between two app states/in-app content for more effective context.

Similar to rewarded, interstitial placements benefit from adapting your content to a longer form. But while being predominantly skippable, interstitial placements are often more disruptive user experiences. Take the hypercasual genre, for example. Your creative needs to fit the medium; a hypercasual app requires a hyper-engagement creative execution, and there is a lot in play here. Hypercasual user app mechanics, combined with a “between states” placement and user context, and the option to skip, means your ad needs to have your best content front-loaded.

Third, there are in-feed ads which appear within a content feed, natively and in-app. Here the app user is presented with an ad after a predefined amount of content has been consumed. The impact of this category and approach is notoriously hard to understand and categorise. It’s very difficult to understand what is happening outside of the ad placement. You don’t know if a user is actively consuming content or passively scrolling through.

That’s why you should lead with your best content for an in-feed placement; if your 15-second landscape video has a long brand introduction, sorry, it needs to be chopped out. You have, at best, two seconds to capture the user’s attention. Remember – if that placement is portrait or square, put the most relevant content in frame. As such, when it comes to creative, if you can include imagery in a product carousel or hero image, make sure that it’s branded and includes assets that perform well across other placement and content types. It’s always a good idea to start with what you know works effectively elsewhere. (That doesn’t mean you can avoid creative testing, though.)

Lastly, there’s the banner placement. This is perhaps one of the more “old school” approaches carried over from webpages. Being typically located as a thin strip at the bottom of the screen, an unpopular piece of screen real-estate, the impact of this placement is low. The ad is usually static and incongruous to the content surrounding it. Banner ads are, in many ways, “mini billboards.”

If a user is actively consuming the content of an app, your banner needs to pique interest, focus on a concise message, and be easy to understand. To create a compelling, concise, and clear banner, we can use a mixture of app logo, app tagline, and key character/graphic art from our in-app assets (and potentially our app ratings as well). The secret is to build many combinations following a content framework, testing at scale before zeroing in on the most successful banner or set of banners.

Ultimately, much like a story tree, there are many more factors that come into play with these four placement types. It is clear that context impacts creative and vice-versa. Fortunately, with data intelligence, you can now make informed decisions about where ads should be placed to suit your audience and, in turn, the best ad creative content approach to take.