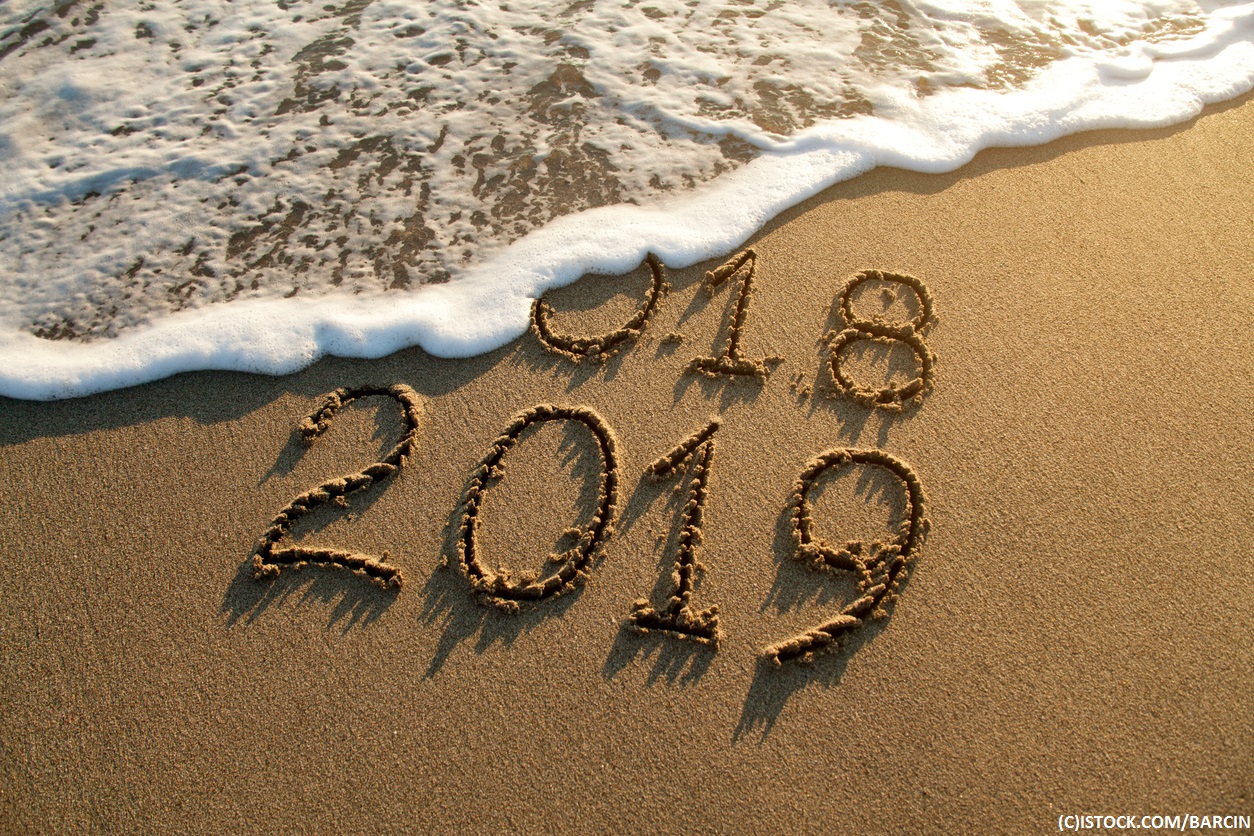 By James Bourne | 2nd January 2019 | TechForge Media http://www.cloudcomputing-news.net/
Categories: Advertising Technology, Best Practice, Data-driven marketing, Mergers and acquisitions, Personalised Marketing,
James is editor in chief of TechForge Media, with a passion for how technologies influence business and several Mobile World Congress events under his belt. James has interviewed a variety of leading figures in his career, from former Mafia boss Michael Franzese, to Steve Wozniak, and Jean Michel Jarre. James can be found tweeting at @James_T_Bourne.

2018 has certainly been an interesting year both for the digital marketing industry and those at the front line. The exciting part – or terrifying, depending on where you stand – is that it is only going to get bigger, with WARC estimating in September that martech spend was at $100 billion globally.

Here, we take a look at the most popular stories featured on MarketingTech over the past 12 months – as well as talking with industry leaders on what they expect to look out for in 2019.

The Cambridge Analytica data-mining scandal at the start of this year – the repercussions of which are still being felt – caused many marketing professionals and companies to take an inward look at their own practices.

Writing for this publication in March, Mitch Vidler, head of marketing technology and digital analysis at Jaywing, aimed to put a slightly different slant on all the head-shaking going on in the industry at the time. The concept of data pooling – building data around that person and making connections between their, well, connections – was an area Vidler focused on, exploring the distinctions between illegal and immoral data gathering.

“[Data pooling] uses the same methodology that Cambridge Analytica employed, only with less sensitive subjects and would be more robust mathematicamlly as it is more deterministic (actual data) than probabilistic (guessing based on similar data),” Vidler wrote. “The Cambridge Analytica data set of tens of millions pales into insignificance in terms of access and to that which profile advertising display networks have.

“So should we be angry at a double standard, common in advertising practice? No. Cambridge Analytica crossed a line,” added Vidler. “They took advantage of freely available data, circumvented terms of use and employed questionable mathematical techniques to sell insight which morally shouldn’t have been sold.

“It is common for content providers and marketers to interrupt individuals across channels with commercial messaging; this is how content can be consumed for free. However, marketers also have the responsibility to make these messages as interesting for a consumer as possible while keeping consumer data safe.”

If 2017 was where the trapdoor opened, 2018 saw the flood arrive. Everyone is talking about AI in marketing – and with good reason. Get the right data, filter out the bad stuff, and analyse the heck out of the good stuff. Yet opinion is divided on the best way of going forward. How can we keep the human aspect? Do we need to? What will this mean for our jobs?

Writing in May, Sam Madden, UK director at Wiraya, noted both can fit equally. “Consumers are ready to jump on what they may find unnatural or fake communication that reads like a robot, however they also demand personalised marketing that comes to them in the channel and style they would like.

“So the issue lies in artificial intelligence versus the human touch, right? Incorrect,” added Madden. “It does not have to be one or the other. Using artificial intelligence allows businesses to combine both the benefits of scale and automate with human insights to create personalised, tailored messaging that still has a real human feel.”

Meanwhile, in September, Carl White, co-founder and CSO at Nano Interactive, warned of the dangers a human-less AI initiative could bring. “While the benefits of context are clear, it’s only when a contextual approach is merged with an understanding of intent that user engagement rates really start to skyrocket,” he argued.

In one of the most widely read articles on MarketingTech in 2018, Manish Dudharejia, president and co-founder of E2M Solutions, went through a step by step guide on how to implement artificial intelligence in marketing projects, from curation, to personalisation, to real-time engagement.

“By owning both the web’s most powerful marketing tool and the world’s #1 messaging channel, Facebook can have its pie and eat it too”

To say Facebook didn’t have a great year PR-wise last year – as already explained above – would almost certainly be an early contender for the understatement of 2019. And when WhatsApp launched its Business API in August as its first clear revenue-generating offering, many in the industry looked at Facebook and might have put two and two together.

But if they did, argued Smooch.io’s Dan Levy, in a piece titled ‘The $70bn WhatsApp business story nobody’s talking about’, they may well have come up with five. “They’re probably right about the money, but wrong about where it’s most likely to come from,” Levy explained.

Or would they? The key factor is, of course, WhatsApp’s end to end encryption. Some media outlets had reported of Facebook’s alleged desire to weaken that encryption – and that it forced the hand of WhatsApp founder Jan Koum to leave the company in April. But Levy noted a different nuance.

“When it announced the Business API on its blog, WhatsApp also revealed that businesses will be able to add click-to-message buttons to Facebook ads that prompt users to initiate conversations on WhatsApp,” Levy wrote. “When that happens, users will implicitly opt in to receiving messages from the business, who will have access to the user’s phone number and be able to respond with whatever offer they like, as long as they do it within the 24-hour window.

“One of the major knocks on business messaging is that it can be difficult for consumers to discover that they can reach a business through their favourite chat app,” added Levy. “Facebook advertising solves the discovery problem.”

“Imagine if marketers stopped thinking about interrupting consumers and instead became part of the value add of a consumer lifecycle?”

In October, Brian Solis, principal analyst of Altimeter Group, alongside Traackr, published an updated report on the concept of ‘Influence 2.0’. Speaking to MarketingTech in a wide-ranging interview, Solis discussed the trends of influencer marketing, the ingredients which made a successful campaign, and key CMO strategies.

“Any time you talk to a marketer or a consumer, you don’t necessarily get the idea that influencer marketing was the prized possession in the portfolio,” said Solis. “We quickly learned it was underappreciated – also underfunded and misunderstood – but it was also a victim of its own manifestation as not being a much more strategic tool.

“The great vision of what influencer marketing was, how it was perceived, funded and executed was very tactical,” Solis added. “You have this cart and horse challenge where you’re not going to gain greater sponsorship from the CMO or the chief digital officer unless you can justify its impact on the business objectives.

“Marketing in general, beyond influencer marketing, has to do that, and it has to show that it can play a role in driving business growth and business objectives.”

Solis believes – or at least hopes – 2019 will see ‘stronger metrics that connect the dots between influence growth.’ “I hope that we’re going to see an increasing trend of strategy and less tactical approaches,” he said. “We’ve got to beat the drum louder and louder, because marketers don’t know what they don’t know.”

The concept of making the right choices as technology converges and gets stronger is apparent elsewhere. “One of the biggest changes we will see is how ad creative will increasingly catch up with ad tech,” said Oliver Whitten, COO at Adform. “As an industry we have reached a point where we have the potential to do a lot of great targeting, but still end up delivering the same generic banner to all users.

“The barriers to creativity are mostly human,” added Whitten. “The tech is already there and largely ready; what’s needed is a willingness from creative and media professionals to take advantage of the efficiency and storytelling potential of new technologies.”

For Wayne St. Amand, CMO of Visual IQ, a Nielsen company, the aim of the game for 2019 for marketers is to never stand still. “To keep pace with consumers, marketers must continually test new marketing channels and tactics to supplement and evolve their acquisition strategies. But they also need to prove the impact of these investments on sales, revenue and other key business metrics,” said St. Amand.

“In the year ahead, marketers will look to better understand the incremental lift their test campaigns have on online and in-store sales,” St. Amand added. “With a clearer understanding of how campaign exposure impacts sales, trip frequency, spending rate, purchase amount and other consumer purchase behaviours, marketers will not only be able to optimise their future media plans, but also justify their spending on new and innovative campaigns to senior level management.”

As appears to be the case with cloud, many companies and brands in 2019 will be looking at what Amazon is doing in order to potentially differentiate. Yet expect much more from the retail giant in this area. “It’s clear that Amazon’s advertising offering will be a significant growth area throughout 2019,” said Wesley MacLaggan, SVP marketing at Marin Software. “The reality is that many people start their purchase journey on Amazon, making it an essential platform to assign digital ad spend.

“It’s clear that many digital advertisers now view Amazon advertising as a growth opportunity for their business, operating much further down the funnel than Google or Facebook,” added MacLaggan. “Amazon also offers a huge advantage for first movers, when you consider how competitive it’s become to reach your audience on Google and Facebook.”