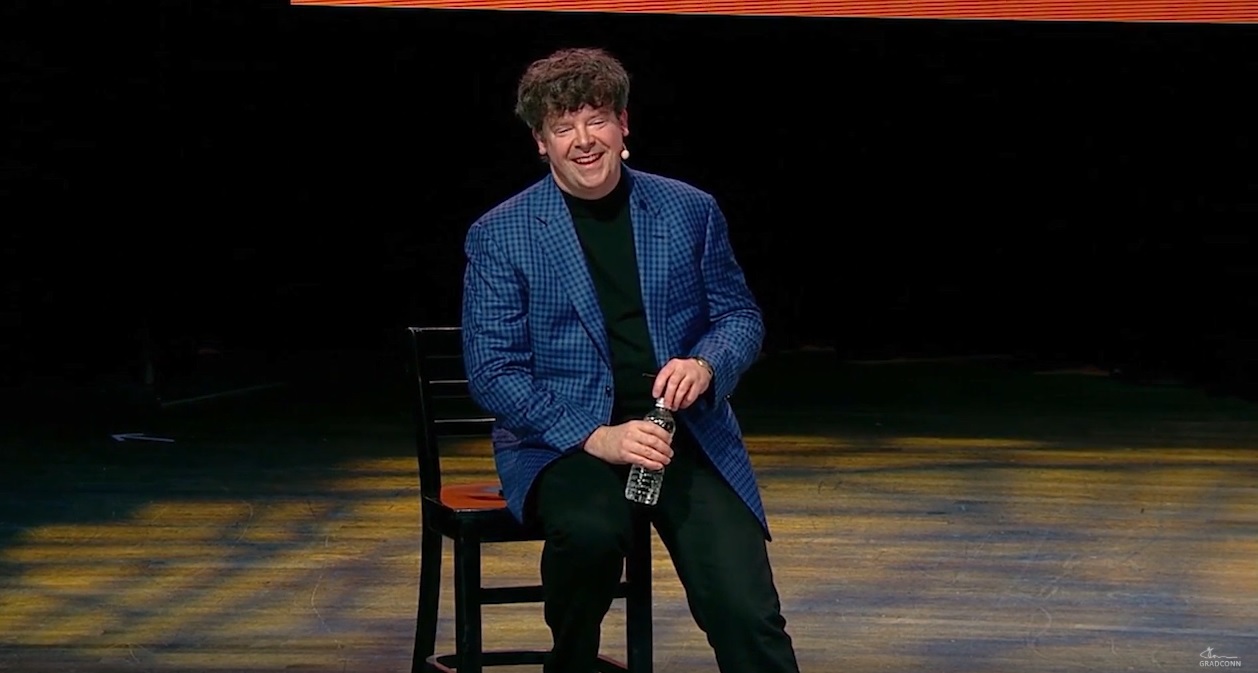 Grad Conn, chief experience and marketing officer (CXMO) at Sprinklr, is something of a rare breed: a CMO who has been in it for the long haul.

Prior to joining the customer experience management platform last year, Conn spent almost seven years as Microsoft’s US chief marketing officer. Indeed, Conn laughs as he relates the tale of an interview feature he did which riffed on this: “Basically the premise was ‘how did this guy last for seven years?’ What kind of crazy miracle was this?”

Make no mistake though, the CMO’s job is a tough one. It requires the right blend of business savviness, innovation, and technical expertise. As Conn explains, it is a world away from just 10 years ago. “CMOs then were thinking about brand perception, brand preference, design – there was a softer set of metrics and a softer sort of world,” he tells MarketingTech. “Today’s CMOs are all carrying revenue numbers.”

This is a good thing in certain aspects. The key for marketing to get a seat on the board is for them to become accountable, and having a connection to the revenue does exactly that. What’s more, their wider role, in controlling the experience their customers are having, is a vital part of that. “The CMO’s job has become one where they need to start influencing across the whole organisation to drive the experience – and that makes the job a lot more challenging,” adds Conn.

Yet perhaps not surprisingly, in Conn’s experience, some elements still need to be fleshed out. Where does digital transformation sit? Should it be with the chief digital officer (CDO)? Does the company need a CDO? “Classically, the CMO is now leading the digital transformation efforts,” says Conn. “It’s not necessarily the most fun thing in the world but at least it puts them in an interesting position influencing the future of the organisation.”

This makes for especially interesting insight when looking at Sprinklr, in terms of what the company does, who its customers are, and how the platform has evolved. Sprinklr’s focus is around simplifying providing complete front office functionality and simplifying an increasingly complex martech stack – with native functionality in all six of the Martech 5000 categories – but the company’s arguable piece de resistance is its social monitoring.

A classic example of a customer which has altered its outlook through Sprinklr is McDonald’s. Going back across five years’ worth of social mentions, the company noticed thousands of requests from customers who couldn’t understand why pancakes weren’t served for lunch. The stock was already there, so it was a no-brainer. As an additional touch, McDonald’s was able through Sprinklr to go back to every single tweet and personally announce their new menu item, and thus create a viral campaign which couldn’t fail.

Shifting sands – but not shifting strategies

Sprinklr is almost universally focused on big-ticket clients, from Nike, to L’Oreal, to Microsoft. With the latter, Conn was one of Sprinklr’s first customers – though he didn’t know it at the time – and the company built out large chunks of its product on Microsoft’s budget to dovetail with what Conn wanted.

“There has obviously been a lot of product evolution but there’s been no strategic evolution, in a good way,” says Conn. “Early on Sprinklr was more focused on being more of a complete social media management solution, but over time other channels came into being such as messaging, which is in many ways more important than social today. In all cases, when Sprinklr introduced something new, they would start testing with my team at Microsoft first.”

This evolution extends to who the company pitches to. While the size of the customers has often been the same, the route in has developed. “When we first started, we were typically selling to the head of social, and maybe one level above that, a VP marketing which that person reported to,” says Conn, adding this was still not an uncommon opening gambit. “By 2015, we started noticing as we became more of a platform that could handle all of these front office functions for modern channels.

“As soon as modern channels moved from ‘we should probably have a toe in it’ to ‘wow, 70% of our customer support is coming over social’, it elevated the discussion to at least the CMO level,” Conn adds. “We frequently present to boards, we’re invited in to present to a board, whether it’s major banks, major airlines, travel companies, on what’s happening, the trends, and what they’re doing internally to manage that with Sprinklr.

“What we hear a lot is companies are noticing this modern customer emerging – it’s a customer that has operated very differently from just a few years ago,” explains Conn. “They want it right now, they want to do it where they want to do it. You stay on social with them, they don’t want to switch channels. They’re trusting the word of other people, they’re not going to trust what you say.

“These behaviours are changing and it’s creating competitive opportunities for brands and for new companies, and competitive challenges for incumbents. This new threat is elevated, so we’re seeing a lot more of this board, CEO and CMO engagement.”

The Copernicus shift – from the company to the customer

It can therefore be seen as a virtuous circle. A new breed of customer is emerging who wants a souped-up customer experience; the technology is there to enable it; and CMOs need to sate their fellow CXOs by influencing across the whole organisation. This may explain why the tide for CMO tenure may be starting to change. According to a report from Winmo late last year, their average time in the hot seat was getting longer. What’s more, women were better represented among chief marketing officers than anywhere else in the C-suite.

Conn speaks at multiple industry events – one of his next appearances will be at DMWF Global in London on 23-24 May – and the message for those in the top marketing job, or for those who aspire to it, is what he calls the ‘Copernicus shift.’

“As a world, we’ve paid lip service to being customer-focused, but it’s only just right now that the customer has enough power to be a true threat to the future of the organisation if you don’t pay attention to them,” he explains. “We call this the Copernicus shift. Copernicus didn’t really invent anything, but he said ‘hey, we think the sun goes around the earth, but what if the earth goes around the sun?’

“That shift in perspective from thinking that customers rotate around you, to realising that you really rotate around the customer, is very powerful and very transformative.”