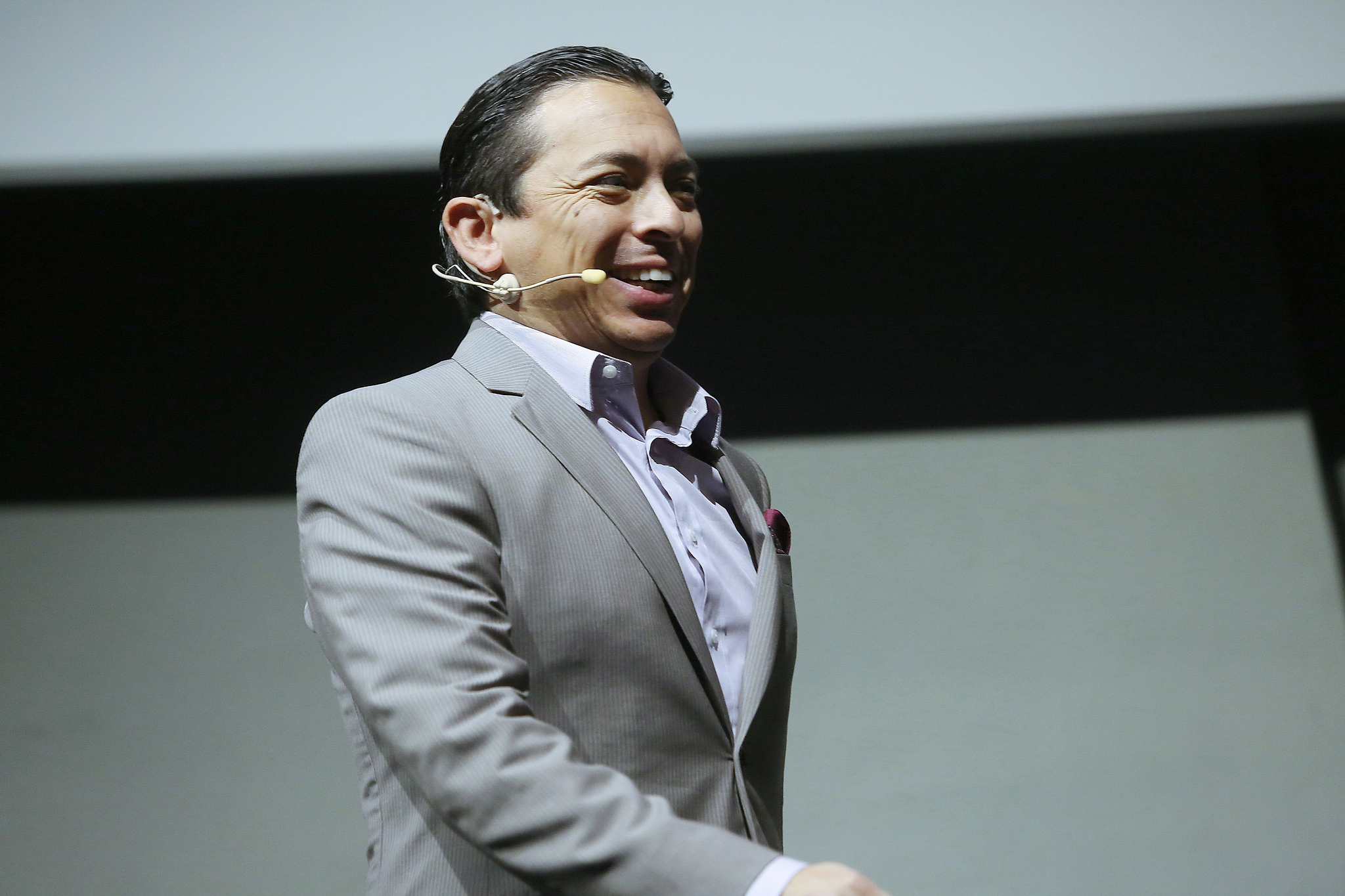 Brian Solis, principal analyst at Altimeter Group, explains why the role of the chief marketing officer is one of the most stressful in any forward-facing organisation. “The customer has dramatically changed; they’ve been dramatically much more connected, informed and empowered,” he tells MarketingTech. “Technology in marketing in general – you have cloud, artificial intelligence and machine learning now, all these different things you have to simultaneously embrace.”

Yet of even more importance is where marketing sits in the company’s ecosystem. According to a report from organisational advisory company Korn Ferry last year, CMOs have an average of just over four years in the hot seat – half that of CEOs. If marketing gets a seat at the board table, therefore, the impact needs to be swift.

“I think the one thing CMOs miss was that if you want to make a mark, and you want to have a seat at the board, or the attention of the C-suite, then make marketing a business tool,” Solis adds. “Drive towards those business objectives, and that’s where you start.”

This vision of getting greater outcomes for marketing was an inspiration for Solis, alongside influencer marketing (IM) platform provider Traackr, to revisit the concept of ‘Influence 2.0’ for 2018 in a new report. As Kirk Crenshaw, previously CMO at Traackr, wrote for this publication last year when the first report was released, while the concept of influencer marketing was turning heads, the survey demonstrated ‘a considerable lack of understanding of the vast untapped potential for the enterprise.’

“Short-term, campaign-driven, and paid activities [are] fundamental failures of current programs,” Crenshaw wrote. “These are hindering performance and preventing influencer marketing from becoming a strategic investment at a board level.”

Solis describes the bigger goal as getting marketing to ‘help reimagine itself’. Influence 2.0 came about through various research he was doing around the customer journey. As society became more mobile, consumers would increasingly use touchpoints such as YouTube, Instagram, or their peers, to make decisions in the buying process. It was unorthodox then, but much more recognised practice today – yet a strategic gap remains.

“Any time you talk to a marketer or a consumer, you don’t necessarily get the idea that influencer marketing was the prized possession in the portfolio,” says Solis. “We quickly learned it was underappreciated – also underfunded and misunderstood – but it was also a victim of its own manifestation as not being a much more strategic tool.”

So what can be gleaned from the 50-page report in terms of closing this gap? The survey, which polled 118 enterprise-based digital marketers, explored the tricky concept of ownership within influencer marketing.

43% of those polled said marketing owned the IM process, compared with 27% for PR and 14% of dedicated social media teams. Indeed, a few organisations had set up their own IM teams, potentially paving the way for formalising Centres of Excellence going forward. In all, one in three respondents said the CMO was the executive sponsor of IM projects. Yet more than half (57%) said it only accounted for less than 10% of their total marketing budgets.

Influencer marketing is one of many tools in the marketer’s arsenal, of course – but is it still the poor relation? The short answer: yes but it may need to do more.

It’s therefore a quandary for the CMO. Have they not been reacting quick enough? Have they been reacting at all? Solis says yes to both. “The great vision of what influencer marketing was, how it was perceived, funded and executed was very tactical,” he says. “You have this cart and horse challenge where you’re not going to gain greater sponsorship from the CMO or the [chief digital officer] unless you can justify its impact on the business objectives.

Influencer content is nothing but a very high level of UGC

“Marketing in general, beyond influencer marketing, has to do that, and it has to show that it can play a role in driving business growth and business objectives.”

A state of (user-generated) contentment

Content naturally plays a primary role in IM initiatives. While social media marketing – cited by 69% of respondents – was where influencer marketing appeared to make the biggest impact, content marketing (56%) and branding (55%) was not far behind.

Yet the report notes how user generated content (UGC) has seen something of a slump. Only one in three said engaging consumers through UGC was a highly important social media tactic. As PR and social expert Shonali Burke put it in the report: “It’s important for marketers to realise that UGC can take many forms and, in fact, influencer content is nothing but a very high level of UGC.”

Solis agrees. “Imagine, if you will, if marketers stopped thinking about interrupting consumers with marketing, and creative, and content, and became part of the value add of a consumer lifecycle,” he says. “Another research report I did found that when the customer does research to make a decision, they become incredibly frustrated and they feel anxiety. It’s really difficult to find what they need and go through all the clutter and the noise.

“UGC, if aligned with what people are asking and who they’re following and why, is actually the very thing that would solve that anxiety,” he adds.

The human touch amidst the corporate red tape

The focus on large organisations is a particularly interesting one. As has already been seen, these behemoths have the leverage to go down different routes with IM – whether it is driven by marketing as a whole, separate social teams, or through a distinct influencer marketing operation. The report gauges the pain points and positive outcomes from Microsoft and L’Oreal among others. Amanda Duncan, lifestyle influencer relations manager at Microsoft, told the report influencer relations was ‘the future of communications.’

“We sell to people, so as a company we need to learn to talk like a person,” said Duncan. “It can’t be a campaign with peaks and valleys. We can’t go dark. We should be as interested in our influencers as they are in us – and if you approach it as human communication instead of company communication, those relationships will grow over time, just as a friendship can grow over time.”

Solis recalls a presentation he gave where the event director stressed the B2B background of the audience; consumer examples were not welcome. He replied that it often slipped his mind when talking to B2B audiences there were ‘no human beings involved in the equation.’

While it was a tongue in cheek remark, it continues to be a pitfall for so many marketers. “The greatest stories of innovation and change that I’ve seen are those that don’t look for or are held back simply by looking at others in their industry, because then you get this very basic sense of iteration – we’ll do a little bit better than this, instead of looking directly at the customer,” says Solis. “You’re looking at ways for influencer marketing to play a positive and productive role in that person’s life.”

Get where your customers’ decisions are made

Influence 2.0 may still be at an early stage, the report asserts – but here’s how to do it right. Get the customer journey first and foremost, drive business objectives, make influencer marketing a strategic tool going beyond experimentation, and build relationships with key influencers who are on the critical touchpoints in that customer journey.

Ultimately, it’s a simple ethos – but one which needs to be forged down the right path. “The magic of the idea of Influence 2.0 is you’re essentially plugging in to the everyday customer journey that people are used to – and what you want to do is be present wherever they are at that stage of research, that stage they are in terms of just being aware of these types of solutions and products,” says Solis. “Every day, the customer still has to make decisions, and when the customers are making decisions, they specifically have to look for an option.

“You want to be part of that consideration set – and that’s when you change the mindset of what marketing is within the company.”

You can read the full report here (email required).