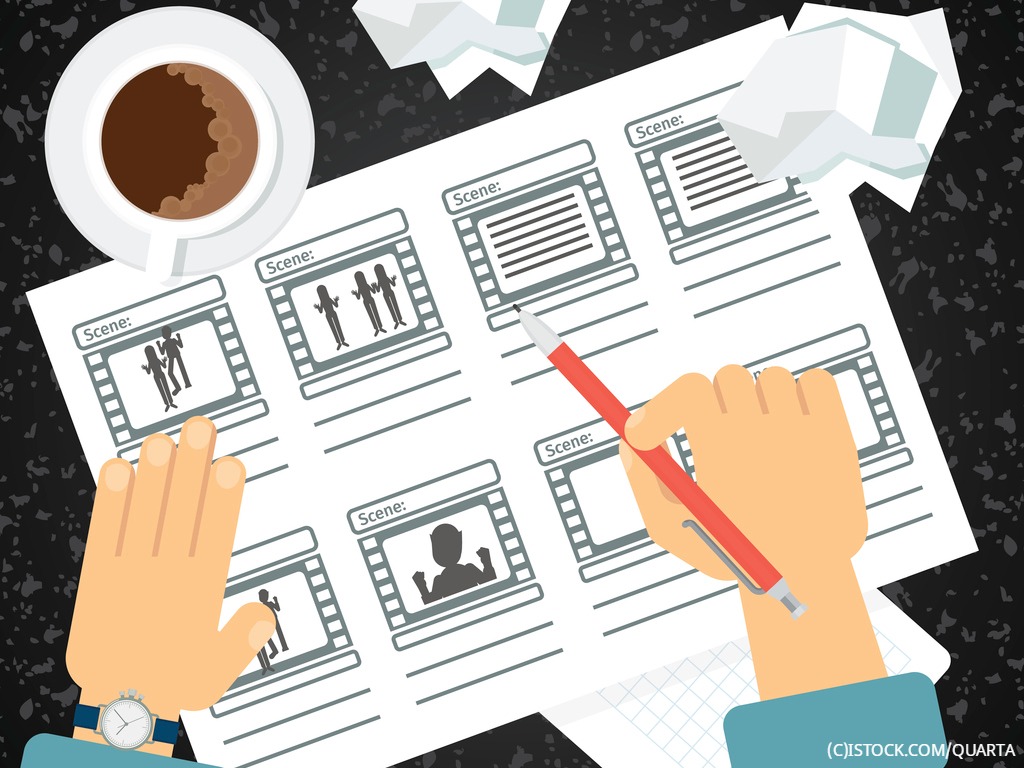 Editor’s note: This is the third of a three part article series. Part one of three can be found here and part two here.

William Cameron Menzies is considered by most to have been the greatest of all film production designers and art directors. His list of films includes The Thief of Bagdad, Things to Come, The Pride of the Yankees, and dozens of films that are foundations of the United States’ – and the world’s – film industry.

Menzies’ interpretation of what the screenplay indicated, understanding of the technological needs of the cinematographer, and, of course, directorial sense of visual imagery help his films reach legendary proportion.

Who is your production designer, your art director, that one person or team that can hone, shape, or mould your words to clearly, informatively, effectively, and, in many cases, beautifully capture your brand’s message in not only letters or words, but also in visually interactive, defined, and designed images?

An iconic early MTV 1979 tune by the Buggles was a precursor and an indicator for the next world of music development. It could apply just as well to marketing, a world that is or will be a convergence of all moving images, AI, VR, video, and even technologies that are yet to be developed, such as drones, robots, and more. I believe the marketing tool of the future will not be viewed as any one technology, but as combined, integrated, converged technologies that will demand that you, as marketer, start to storyboard each and every part of your marketing messages.

Your message will be not only what you say, but also how you say it, where you say it, and when you say it—as well as the visual interpretation conveyed by your words and images. As part of your messaging, you will also need to consider not only words and pictures but also the media you choose to carry your message. All of this will require effective storyboarding. (Read ahead to be able to better define the term and understand its impact on your marketing and your business.)

Politicians sometimes call this ‘optics’—the public view or interpretation of an action. Often the optics convey a negative image. Politicians spend great amounts of time and money to correctly present their ‘optics’, though oftentimes their efforts fail for a variety of reasons. Political optics’ failure at the current time is almost acceptable, since the public trust of politicians is at an all-time low point.

The marketing tool of the future will not be viewed as any one technology, but as combined, integrated, converged technologies that will demand that you, as a marketer, start to storyboard each and every part of your marketing messages

On the other hand, your brand cannot afford the impact of a failure or misinterpretation because of bad optics. Within the world of marketing, the impact of bad optics is more damning due to the multiple levels of media that we currently use and the impression or trust level generated by these media. Often the fix, or solution, used to overcome bad optics can seem effective for one type of media but can be damaging for others.

Media is a beast that was at one time a slow, nearly glacial movement tool. Today’s media often involve marketers in a fast moving, high-speed game that can be destructive once a problem occurs—and the destruction may continue long after the “fix” has been applied!

One important aspect of storyboarding involves another term: perceptible-by-the-mind's-eye image. What does it mean to be perceptible by the mind's eye? Which brands clearly define their visuals and, in turn, effectively control their messaging? For me, Apple has excellent perceptible-by-the-mind's-eye positioning, not only for their iconic designed look, but also for their consistent messaging from media to media and even as conveyed through face-to-face conversations with Apple reps. When I call Apple to resolve a problem (rarely), I perceive that I am speaking with a friendly, helpful person, in a dark t-shirt, in front of a clean, organised desk with a cup of herbal tea and a list of answers at the ready. That is a great perceptible-by-the-mind's-eye image! Is it real? Who cares? Perception is our basis of reality.

How do you see Apple?

Other firms, both B2B and B2C, have negative storytelling issues. One large consumer-product firm is, in my view, perceived as a group of wild people, working through loud, annoying background noise. Their commentary and their ability to understand my problem and provide an adequate solution is, at best, near zero. Why? Largely because their messaging is so scattered across a variety of media that I am oftentimes not sure what they are selling or even how they are selling it. This firm also sends me multiple emails per day for products and services I never opted in for. By the way, despite multiple requests to opt out, it took nearly nine weeks to stop the emails from filling my inbox. Bad optics, yes, but even more so a very negative perceptible-by-the-mind's-eye storyboard. And, it goes without stating, that the brand is no longer on my purchase short or long list.

B&H Photo, for me, has an excellent visual positioning and messaging. Their desire to offer only the best “optics” (pun intended) is foremost in the confusing industries of cameras, computers, and supportive equipment. They offer a massive array of products to meet multiple professional and consumer-based needs.

B&H could use some help (who couldn’t?), but I see them as a firm that is on top of its optics and understands that its customer base not only wants to purchase products but also wants helpful, attentive assistance. And B&H has most likely storyboarded its message in order to support this demand. Its storyboard approach is based on providing accurate online assistance that is quick and easy to access. Even when things go awry with an order or advice, they can recover and, for me and nearly everyone I know, re-focus bad optics to good optics. The average consumer or professional walks away with a smile on their face.

Travel and leisure industries offer both good and bad optics

Many airlines and brands contained within the airline, travel, and leisure industries have poor storyboard development, and their PR agencies are nearly always in a state of conflict that requires fixing bad optics. I can name at least six airlines that, within the past month, have had bad optics migrating across various media that just got worse and worse despite their desire to fix them.

Hotel chains, on the other hand, have in most instances great perceptible-by-(customers’) mind's-eye images. My favourite is Marriott; they score nearly perfect on my perceptible-by-the-mind's eye scoring protocol. Why a nearly prefect score? Put simply, they seem to storyboard everything, from their website, to their reservations, to their staff, to their hotels/properties, to what is contained within their rooms.

If this is your excuse for inadequate or poor storyboarding, get over it! Most great directors cannot draw either, but they find the people who can help them make it happen. But you do not need to draw to be able to develop a storyboard or effective perceptible-by-the-mind's-eye image. You need to think critically through the process and all the items that will impact your customers’ journey through your marketing presentations.

As I am using it in this article, the term “storyboarding” has a conceptual rather than a literal definition. Think of the last movie you viewed. What would have happened if the crew arrived at the location and discovered that the director was expecting a sunset shot, but the arrival time was at noon? Storyboarding in the general sense protects you, your job, your brand, since you are developing a detailed shoot list prior to the marketing button being pressed.

Where does your brand fall within the customers’ journey and their perceptible-by-the-mind's-eye image of you? Your firm’s future may depend on being able to answer that question. Are you ready?

Need help, I am always ready to assist.