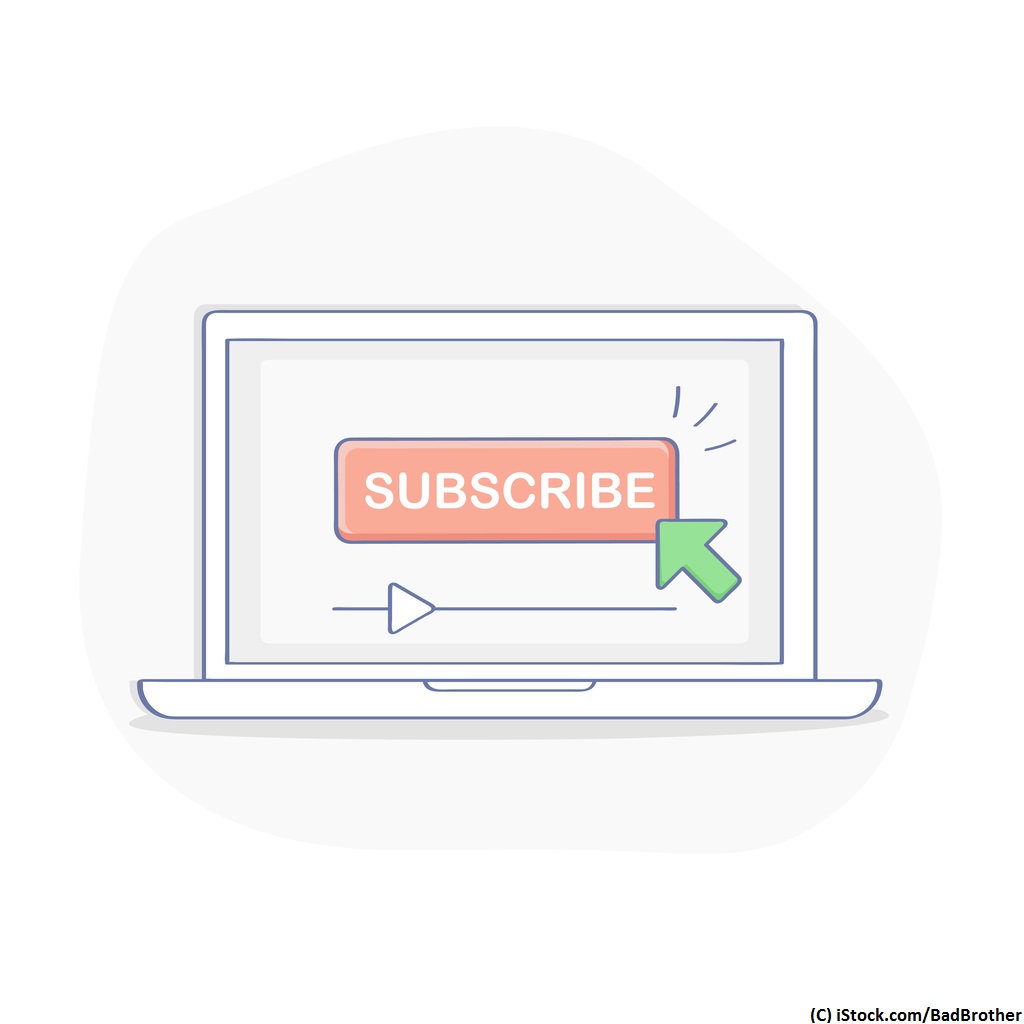 By Colm Hebblethwaite | 17th January 2018 | MarketingTech https://www.marketingtechnews.net/
Categories: Content Marketing, Video & Audio Marketing,
Colm is the editor of MarketingTech, with a mission to bring the most important developments in technology to both businesses and consumers.

Deloitte is predicting that the number of online subscriptions held by the average will jump in 2018 as more companies launch their won subscription-based services.

The professional services company estimates that the total number of online subscriptions, as well as the average number of subscriptions per individuals and households will grow by around 20% in the coming year.

While the majority of these will continue to be for SVOD and music (which currently take up the biggest share of subscriptions), the company predicts that the number of subscribers for news, magazine and video games will grow significantly in 2018.

The revenue that individual media gain from subscriptions remains relatively small, especially in comparison to the $70 billion revenue for US TV ads. Deloitte emphasises that for news organisations, subscriptions are not likely to be enough, and that the sector will need to remain focused on advertising.

With regards to advertising, Deloitte thinks that the media industry should “also consider how best to sell content on an individual article, track or edition basis”. Other revenue models, such as tips (live stream tipping now generates billions of dollars) and contributions should also be considered.

“Deloitte is predicting an increased level of fragmentation across providers in SVOD markets as more OTT services are developed and marketed to consumers. This will lead to greater competition as individuals decide where to prioritise a finite amount of monthly entertainment spend. Disney’s increased stake in and prioritisation of Hulu as part of its acquisition of Fox is just the latest entrant into an already crowded market. Although headline content such as Netflix’s House of Cards and Amazon’s Grand Tour can be major decision-making factors, the user-experience offered by each service will become an increasingly important differentiator for consumers.

“As the report notes, users are increasingly willing to pay for a better quality or ad-free experience. Operators need to consider their services from the ground up to make sure they are taking this into account. The metadata attached to content comes into its own here, allowing media companies to ensure speedy delivery, create personalised services for a better customer experience and target viewers with more relevant content or advertising. Similarly, streamlining processes can also be very important in reducing OPEX, a crucial point in a competitive marketplace where every saving counts.”

“Younger generations are growing up in a world driven by VoD services such as Netflix, countless social media platforms and the increasing use of mobile as the platform to consume everything from TV and movies to high-quality games. There is no doubt that we are witnessing the first truly digital generation, and it’s therefore unsurprising to find that traditional TV will decline by 5 to 15 percent in the UK over the next two years among 18-24 year olds. The use of smartphones and similar devices has grown enormously over the years with our own research finding that two thirds of 8-12 year olds now own a smartphone – we are now seeing the move towards mobile and online in even younger generations.

“For traditional broadcasters the challenges are clear. Adapt to this change and ensure you produce content that reaches out to the younger online generation, while also continuing to strengthen your unique brand. Take the BBC – last year it announced a £34million investment in children’s services to enhance its online presence. Yet, in doing so it must ensure its brand continues to appeal to long-standing customers that have watched for generations. iPlayer was first introduced to feed the audiences’ wish to view content at the most convenient time, while Sky’s Now TV service is another example of a traditional broadcaster using digital technologies to give consumers the experience that they now demand. To stay relevant, offering on demand services is no longer a choice for broadcasters, and the winner in all of this will ultimately be the one that creates the most audience-driven, entertaining and compelling content.”