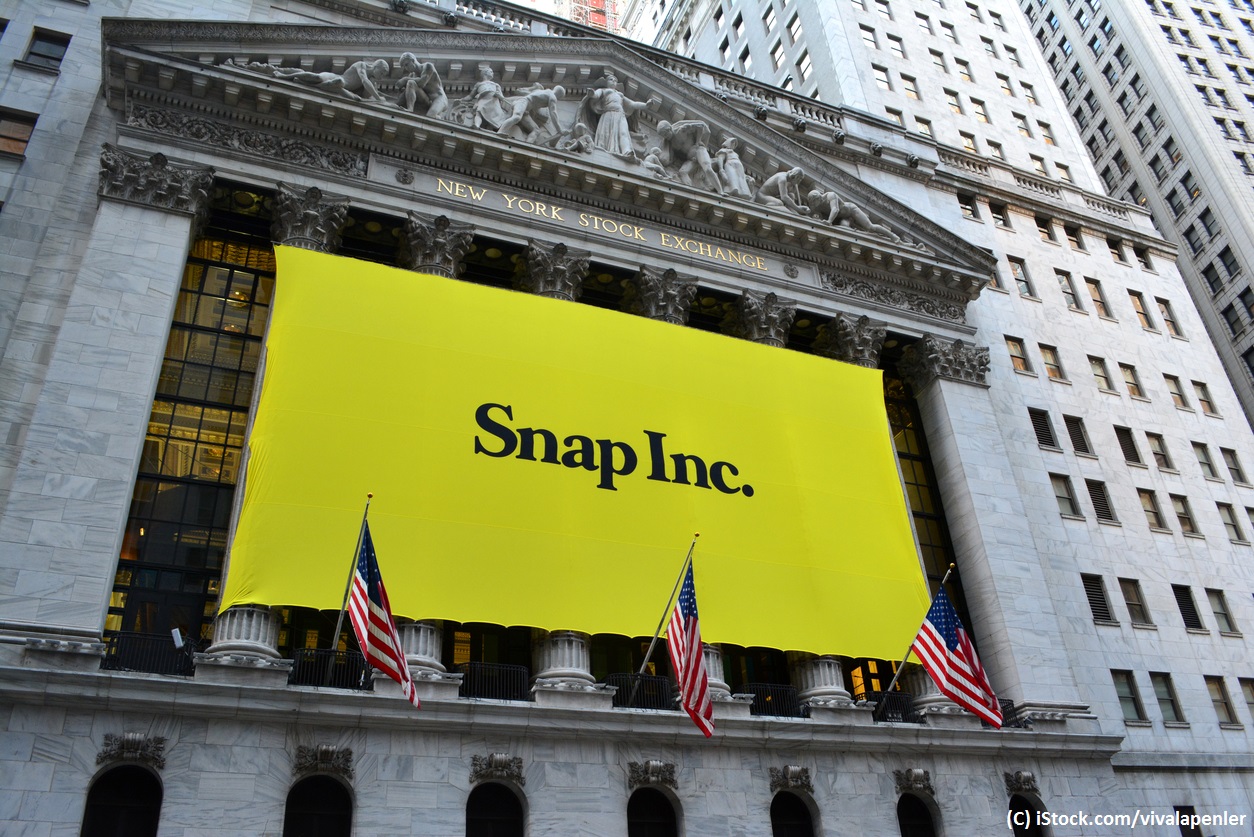 By Colm Hebblethwaite | 12th May 2017 | MarketingTech https://www.marketingtechnews.net/
Categories: Social Media Marketing,
Colm is the editor of MarketingTech, with a mission to bring the most important developments in technology to both businesses and consumers.

Snap Inc, the parent company of Snapchat, lost almost a quarter of its value on when its newly listed shares dropped nosedived on Wednesday.

The company had reported a loss of $2.2 billion and slowing growth. Revenue was $149.7 million.

The announcement was the first earnings publication since the company made its initial public offering (IPO) in March. The company was valued at $28 billion at the time.

Snap’s adjusted loss of $188.2 million was around $10 million than market expectations, while revenue fell around $9 million short of analyst projections.

“strong growth among the under 25s”

Snap reported a 5% growth in daily users from the previous quarter, up to 166 million. But even this was below expert predictions.

Year-on-year daily user growth also showed a downward trajectory, slipping to 36% from 48% in the previous quarter.

“Instagram and Facebook have both innovated to keep up with current trends – Instagram’s ‘sponsored posts’ are targeted based on what each user is already following or posting, meaning the ad resonate and don’t jar with the audience,”Josh Krichefski, CEO of MediaCom, said.

“That kind of smart innovation and laser-focus on the audience, what they want and how to best appeal to them, is the key not only for social platforms like Snapchat, but also advertisers working with them. Those that put creativity and personalisation – and not necessarily the format – first, will be most successful.”

“Snap’s lukewarm IPO shows the company has yet to prove its worth to investors as a profitable social media platform based on monetisation metrics. However, in terms of user metrics, it’s established itself as one of the more successful new entrants in the social space over the last ten years – overtaking even Twitter with hourly and daily audience.”

“Whilst Snapchat’s overall popularity dropped over the last quarter, crucially it had strong growth among the under 25s – on whom its future success is based. Snap’s audience is solidifying around what’s most attractive to advertisers, sorting the wheat from the chaff if you like. However, there will be a concern about the declining average time spent, which will need to be addressed if it continues next quarter.”

Commenting on the figures in a conference call, Snap co-founder and chief executive Evan Spiegel said the company had “a lot of work to do, but we are excited by the amount of progress we have made in such a short time.”