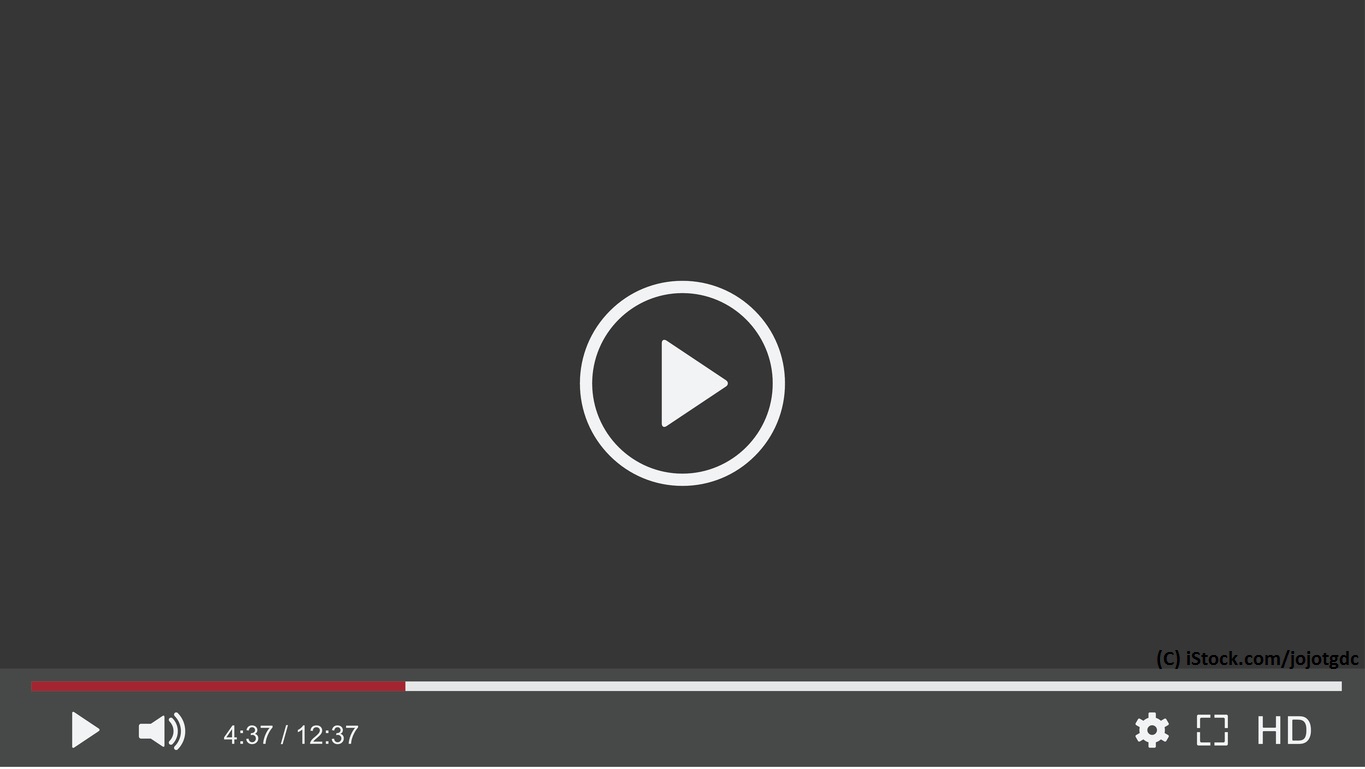 By Bjorn Schuller | 7th June 2017 | audEERING http://audeering.com/
Categories: Video & Audio Marketing,
Professor Björn Schuller, CEO and co-founder of audEERING, describes himself as an audiophile and belongs to those who perceive the world via their ears. Thus, the aim of his work is to teach machines to listen. The focus of his research is on machine learning, automatic speech recognition and affective computing. Björn Schuller teaches at Imperial College London and at the University of Passau, Germany, where he holds the chair for Complex and Intelligent Systems.

YouTube offers businesses the ability to connect meaningfully with their audience and build an engaged base of customers and prospects.

The video sharing website has never been more popular.

Today, over three billion hours of videos are watched per month, with an additional 300 hours of videos being added each minute. Yet, out of all the videos uploaded to YouTube, only a very small percentage generate more than a few hundred views; and only an elite few of those ultimately end up going viral.

only an elite few end up going viral

However, when done right uploading videos can be big business. And not just for traditional organisations.

The number of channels earning six figures each year on YouTube is increasing by 50% year on year.

According to a Variety survey, the stars of YouTube’s most popular channels, such as Swede Felix Kjellberg’s PewDiePie and Germán Aranis’ HolaSoyGerman, are now more influential and popular than mainstream celebrities among teenagers so need to be taken seriously by marketers.

When it comes to measuring a video’s success on YouTube, it’s not just about the number of views, but rather the quality of engagement with your audience.

What makes some channels more popular than others is often put down to a mixture of click bait and having an aesthetically pleasing host.

However, the reason that some channels gain significantly more views than others is less down to the content of the video and more about the nuances of how they are presented.

The audio of the video can be more telling than simply looking at the images flickering before you.

By truly listening to what is being said, including the tone and context found between the simple lines of speech, businesses and channel owners can predict which videos will be ignored and which will become top of the viral charts.

Even if your video has a top-notch production value and cost a fortune to produce, this doesn’t in any way guarantee an audience.

In our experience, videos containing strong emotions on one side of the scale or the other – such as excitement, enthusiasm, fear or disgust – have more potential to reach a large audience than videos that contain emotions such as panic or boredom.

Having a video that is based on strong positive or negative emotions means that it will garner the most social interaction through comments and sharing.

So, whilst videos of piano playing cats will undoubtedly always be popular, a video that provides an enthusiastic review of the latest summer blockbuster will be shared far more than one that gives a nonplussed account of the movie in question.

This is typified most by the hugely popular unboxing or haul videos. Whilst it is simply a video where the audience watches someone open a box, the person is generally very excited about the content. The good news is that such videos are not only hugely popular, but relatively easy to make.

It is not a case of what is spoken, but how it is spoken.

In the future, savvy business and YouTubers should run an automatic emotion classifier on their videos prior to uploading them into the ether.

The technique for creating a strong emotional reaction has been used within television advertising for years. This year’s SuperBowl commercial roster was full of adverts designed to garner strong reactions and conversations on social media. One such adverts was Budweiser’s “Born The Hard Way”, which told the story of parent company Anheuser-Busch’s immigrant founder coming to America with a dream to brew a better beer.

On the company’s Facebook page, the spot garnered 10 million views and over 12,000 comments, 50.2% of which expressed a strong emotion themselves.

The natural successor to the speech recognition technology we have seen vastly improve on our mobile devices during the last decade; the technique for applying automatic emotion recognition is becoming increasingly popular in many businesses applications such as customer satisfaction analysis, call centres optimisation, targeted advertising, and automated media classification.

By applying automatic emotion classification, YouTubers will be able to ascertain how positively the video is likely to be perceived by the audience and how much potential it has to turn viral.

This way, they can maintain the brand of the channel they are trying to purvey and ensure that they are expending energy and marketing dollars in the right areas.

In 2017 for a video to become successful, it should offer the right content and hit the correct emotional sweet spots. Further, for the maximum chance of your video going viral, make sure the emotional classifiers that are identified are clearly highlighted in the text that accompanies that video, so that it will come up in YouTube’s search feature or a Google search.