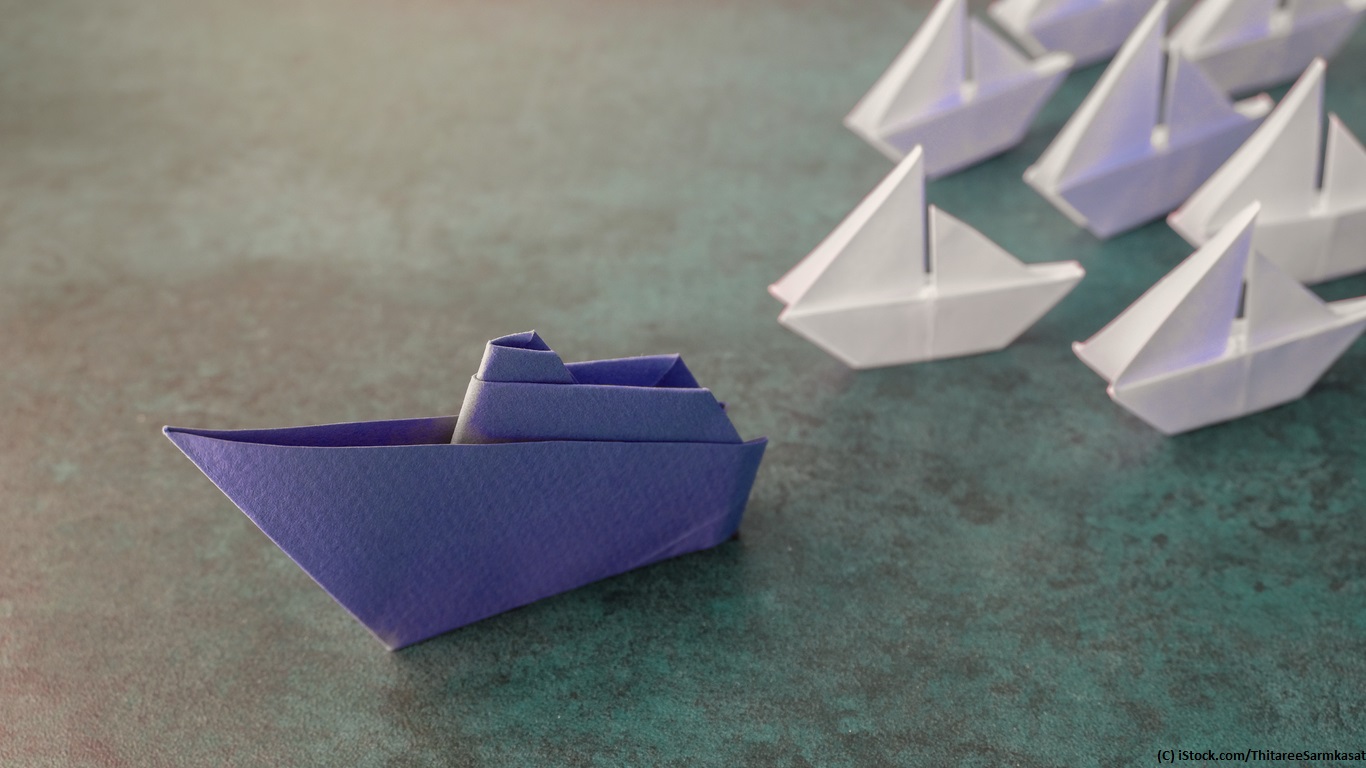 By William Soulier | 27th July 2017 | Model Village http://modelvillage.co/
William Soulier is CEO of influencer marketing app Model Village. The platform works exclusively with agency signed models from Premier, Storm, Elite, Select, Wilhelmina, Elite and more, pairing them with brands for Instagram influencer marketing campaigns which clients create and run through an app. Previously strategic marketer at LVMH, Soulier oversaw the company's digital transition both online and instore and as part of this created an instore VR experience where shoppers could “walk through” the Ruinart cellars from a hub in the Lavinia wine shop. Model Village was launched in 2016 combining Soulier's foundations in marketing and his interest in tech to give advertisers access to an elusive community of micro influencers.

With YouGov estimating that 47% of online consumers in the 18-24 age demographic are now using ad blockers, influencer marketing can be seen as a silver bullet to circumvent the murky world of digital display ads.

According to a recent survey by Linqia, 94% of those who have used the strategy believe it to be effective, yet 43% of companies report being only in the experimental stages.

With so many brands apparently experimenting, we’re bound to see (and often enjoy) a few hiccups with their efforts. So, we’ve enlisted the help of William Soulier, CEO of influencer marketing platform, Model Village, to list 10 common pitfalls to avoid.

You’ve found an influencer with hundreds of thousands of followers, and you know that 94% of people who try influencer marketing think it’s effective, what could go wrong?

One of the most important next steps and where many brands trip up, is to check out an influencer’s “brand story” just as they will be checking out yours (along with their paycheque).

Research any past controversies and skeletons in their closet, as Disney failed to do when they tied their name to YouTube vlogger PewDiePie. The video star ran several videos on his channel, which were perceived to be anti semitic. Although the relationship was already established when these particular videos were posted, he was already famed for his controversial content and swift internet search would have shown him to be supported by various neo nazi websites ahead of the deal.

After the videos were posted, Disney quickly severed ties with the gaming influencer, but the damage was done.

While you can’t and wouldn’t want to control an influencer’s creative output, their execution via technology is absolutely viable to be managed. Technology is all about controlling the Creative’s capacity for error, especially when you’re one of the world’s biggest tech companies.

technology is all about controlling the Creative’s capacity for error

Even Oprah can have a bad day, and when her paid endorsement for the new Microsoft Surface was posted from her iPad, thanks to the handy “via Twitter for iPad” strapline, the whole world was notified that although she’d bought 12 Microsoft Surfaces as Christmas presents, it wasn’t good enough for her to tweet from.

#3 Check your product is appropriate for influencer marketing

Influencer marketing is generally heavy on the visuals and less text heavy, so it’s important that you take this into account when putting together your marketing strategy. If there is a serious and scientific element to your product including a necessary warning on side effects, maybe Instagram isn’t the best place for your product and potentially your influencers are from the scientific world rather than the celebrity.

When Kim Kardashian was recruited by Duchesnay Inc to to promote their morning sickness drug, Diclegis, she forgot to brief her audience on the side effects of the drug, an advertising requirement in the US. She then had to make a subsequent post highlighting them, making the drug’s side effects the bigger story.

#4 Addressing political and social issues in your content marketing

It’s a brave step step for brands to wade into political discussion on any issue and unless your product has grown from an ethos that is inextricably relevant to a certain issue, it is usually best avoided.

That said, when perfectly executed, it can gain you huge respect in speaking out on a particular issue. If you do want to engage, make sure you do the necessary research and think from every angle. Think carefully about who you might offend, run your ideas past as many different people as you can before executing the campaign. Then make sure your influencer is bullet proof too.

do the necessary research and think from every angle

Now widely cited as the biggest brand fail of 2017 is Pepsi’s advert starring celebrity supermodel Kendall Jenner. The backdrop of the campaign was a protest scene and the advertisement light heartedly suggested that protest could be resolved by sharing a pepsi with police officers.

The advert aired in the wake of a series of Black Lives Matter protests across America in response to shootings of black men by police officers. Their intended public was horrified by their insensitivity and by association, they brought Kendall Jenner down with them.

Everyone knows there’s no such thing as a free lunch, so why would you think a free advertising campaign should come your way?

Brands sending their products to influencers in return for social media promotion still pay for the campaign via the products, but don’t have the control that an officially organised paid influencer contract would give them, they simply have to leave it up to the celebrity’s goodwill.

When custom made cushion designer Lucy Jones approached TOWIE star, Lauren Goodger on Instagram, asking her if she would like some cushions to promote the products to her 714,000 Instagram followers, Goodger quickly accepted the offer asking for £300 worth of products.

After receiving the cushions, communicating through Instagram, the reality star promised to post pictures and even requested more cushions from the designer. Six months later, she had still failed to post anything in compensation for the goods she’s received. With no contract and no money having exchanged hands, Bespoke Boudoir by KBJ were left out of pocket and Goodger had no real obligation to endorse the products.

#6 Think more than one post to prove influencer loyalty

With influencer marketing becoming more and more common, in order for it to work, an influencer’s followers need to really believe that they like the brand.

This explains why one off posts with a big influencer might not have worked for your campaign. Investing in influencers with a series of posts will show their followers that they’re loyal to your brand.

Samsung ambassador David Beckham was embarrassingly caught out by his phone ringing during an LA Galaxy press conference, when journalists encouraged him to answer it, he responded “It’s not Samsung, I can’t” giving a laugh to the room, but proving he wasn’t loyal to the brand.

If you're too prescriptive with what you’re expecting influencers to post, the audience will feel this inauthenticity. You need to trust your paid ambassadors and allow their creativity to come through to sell your product.

Let them create content that fits their voice and that their audience will respond to. Which leads us neatly onto an extreme example of this, when brand instructions are so specific that they encourage copy and paste errors. These have been perpetrated by various celebrities from Little Mix to Naomi Campbell.

You could generously file this under “tech mishaps” or alternatively it could be seen as influencers striking back on brands being overly aggressive on approved content. When Naomi Campbell apparently accidentally pasted Adidas marketing departments instructions for the post onto her instagram feed, both the brand and Ms Campbell lost face.

The post read “Naomi, so nice to see you in good spirits!! Could you put something like ….” followed by the messaging the brand was asking for.

#9 Don’t get fooled into paying for big accounts

When we talk about influencer marketing, celebrities spring to mind. With one pouty post, they have the power to put your brand in front of hundreds of thousands of followers.

But unless they are influential in the right area for your business, it probably won’t bring you an avalanche of sales and is an especially risky strategy when you have a limited budget.

People who are well respected and trusted within a certain group post interesting and appealing content specific to their audience, which results in much higher engagement and ultimately more value for money.

This is why in 2016, Iceland abandoned brand damaging celebrity campaigns in favour of social media “mum influencers” to promote their frozen food stores. While the mums didn’t have the huge follower numbers of Peter Andre and Kerry Katona, the engagement with their followers was high and the trust they brought to the brand was much more valuable.

Just because you see beautiful feeds on instagram doesn’t mean we are all capable of producing content that is visually attractive. Despite the numerous filters and editing apps available to us it’s much harder than you think and requires real time and effort.

A common mistake when working with influencers is high expectations on photographic content and focusing on specific niches, for example fashion models who use their Instagram feed as their portfolio and are naturally vetted content creators.

Sprite fell foul of the amateur content creator when LeBron James posted an embarrassingly dark and badly snapped picture from the back of a car of him drinking a can of “his own 6 Mix Sprite drink”, clearly for a sponsored post. The comments below were embarrassing for the brand and LeBron.