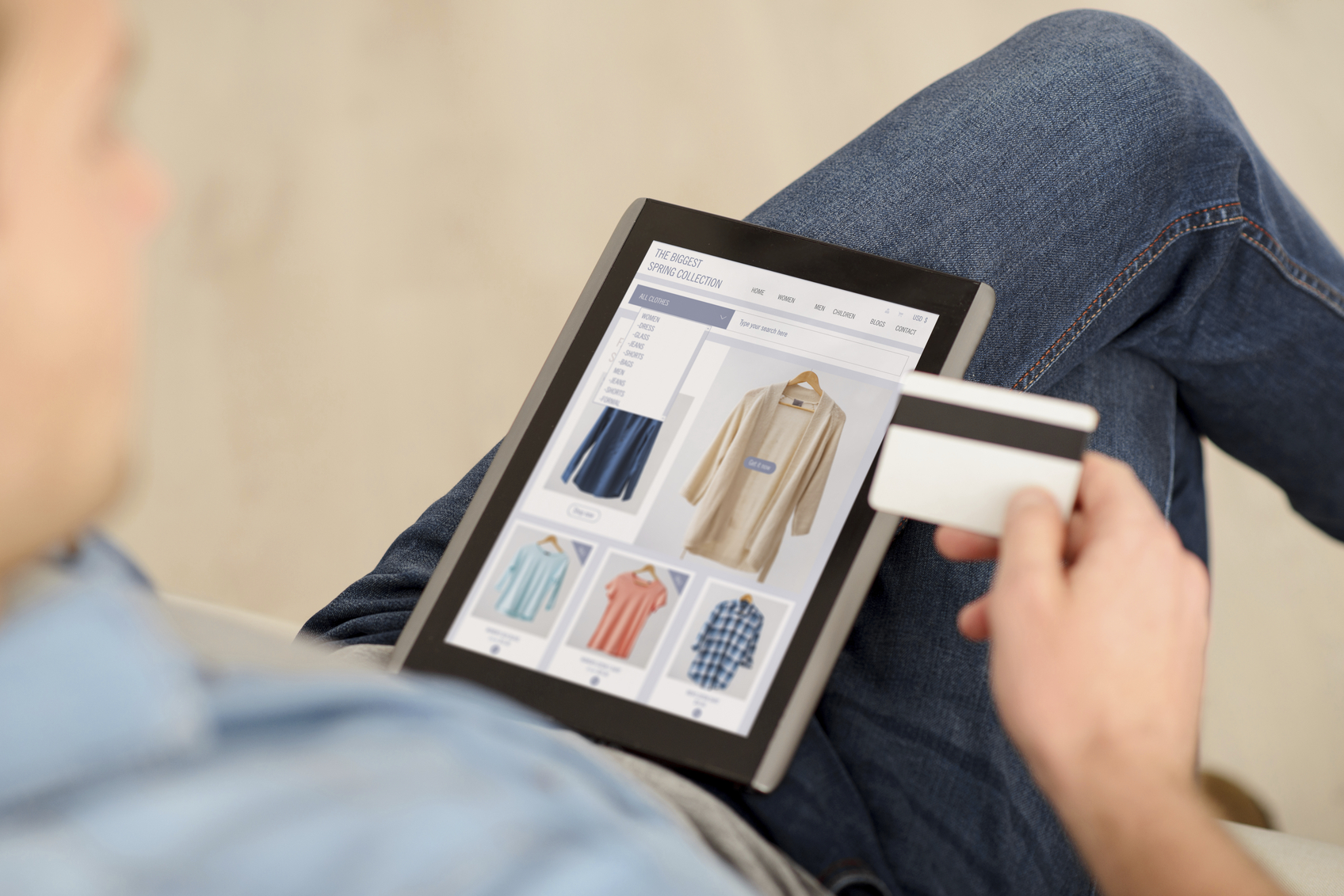 By Maria Wagner | 13th October 2016 | Beringea
Categories: E-Commerce,
Maria is an Investment Director at venture and growth investor Beringea. Maria was previously Managing Director of Birchbox UK, a beauty ecommerce and subscription business. She has an MBA from Harvard Business School and a BA in Economics from MIT.

Over the last couple of years it has been reported that there are more shops closing than opening on UK high streets.

Long-established retailers haven’t escaped the crisis and there has been a steady stream of high street staples going into administration, or losing profits.

Just last month, John Lewis Partnership – long time pillar of the UK retail industry – reported that profits had been hit by a ‘very competitive retail market’, citing IT costs as another factor in the decline.

Both of these factors could be put down to the exponential growth of eCommerce in recent years, which The Centre for Retail Research says is now the main driver of growth in European and North American retailing.

eCommerce has not only reduced barriers to entry for new retailers, making for a much more competitive landscape, it has also pushed the boundaries for customer expectations in terms of convenience, personalisation, speed and more.

This in turn is forcing high street retailers to implement clever, and expensive, IT systems that allow them to offer the same level of service across the ‘omnichannel’ – in-store, online, and on mobile.

Having already changed the face of retail so much, is eCommerce an ongoing threat to the British high street? Or is it simply a catalyst for improvement that will lead to a new look high street for the modern age?

Online retailing has changed the game

Developing an eCommerce offering used to be prohibitive due to the high costs associated with technological development, hosting and technical expertise.

Software such as Amazon Web Services, Magento, Salesforce, Aden, Zendesk and Poq are enabling entrepreneurs to build digital stores faster and without the need to spend so much on servers, data centres and tech development.

Online retailers have significant advantages once their site is up and running too – mainly stemming from data. With this intelligence, they can get a clear picture of how customers use their site, what they buy, when they buy it, etc.

A slower, but potentially more disruptive trend is adapting a website depending on who is looking at it

They can then use this data to boost both user experience (UX) and sales. For example, the retailer can change the layout of the site based on patterns in how users are moving from one product to the next, or what device they use most. They can also establish patterns in buying behaviour – people who bought x, also bought y – and cross sell accordingly, adding to overall order value.

Together, these factors have increased competition as well as raised the bar in terms of what customers expect. As a result, our ‘store first’ retailers have had to raise their game. It’s no longer enough to rely on the name and backing of a big brand.

eCommerce doesn’t stop at websites in today’s environment. The rise of mobile has had a significant impact on the online retail market. According to the GSMA, there were over 7.6 billion mobile connections last year, representing 4.7 unique subscribers globally.

Browsing and purchasing via smartphones has subsequently rocketed, with the UK being one of the top nations for mobile commerce globally. In the last quarter of 2015, mobile transactions made up almost half of eCommerce in the UK, second only to Japan.

This isn’t just on mobile sites, apps have proved to be extremely successful for retailers in increasing conversion. In fact, mobile apps converted over 120% more than the mobile web, and 20% more than desktop computers.

But with transactions increasingly taking place over multiple devices, it’s becoming even more essential for retailers to connect customer profiles across the growing number of channels and provide consistent service.

What has proved to be the real challenge to date, is leveraging data collected via these various online channels, to offer better, more personalised experiences in-store. Almost 60 per cent of UK retailers admit they struggle connecting in-store sales with online activity; and 38% are still failing to offer consistent pricing across the channels.

It’s hardly surprising then, that seamless integration of online and offline experiences has become known as the holy grail of the omnichannel, and a massive competitive advantage for any retailers that manage it.

Enter the online retailers. In the past few years, we have seen an increasing trend for retailers that started online, stepping over the digital line to launch physical stores.

Brands such as Birchbox and Warby Parker are early adopters of this in the US, with Made.com being a UK example. Could this be the biggest threat to high street retailers to date, or is this one area where they have a significant head start?

Personalisation has long been a key tool for retailers to increase conversation online. Just this month, Waitrose announced it had boosted online sales by almost a quarter, through personalised recommendations of products. Online personalisation strategies have evolved over time, and there are two main trends developing.

While online retailers are starting to cross over into physical stores, the expense of a physical presence will make this difficult for many

The first is personalisation of the goods or service on sale, be it engraved jewellery at Monica Vinader or personalised children’s items at My 1st Years, or an assortment of gifts from notonthehighstreet.com.

These sorts of eCommerce businesses have made personalisation their USP which has had a big role in their success.

A slower, but potentially more disruptive trend is adapting a website depending on who is looking at it. Recently, Shop Direct developed a fully personalised homepage for its flagship brand Very.co.uk.

As a result, the retailer can prioritise customers’ favourite brands based on purchase history. Type and position of promotions can also be tailored. Bd4travel enables a similar level of personalisation for travel websites based on user behavior..

This level of personlisation online has led customers to expect the same in-store, and many omnichannel retailers are rising to the occasion.

Monsoon’s Accessorize has recently armed shop assistants with iPads which customers can use to log in to their accounts. The technology subsequently serves up recommendations based on product affinities and online behaviour which has in turn boosted order values by 133%.

Following a purchase, the retailer sends e-receipts with additional targeted recommendations and offers. Mobile-based loyalty apps like Harvey Nichols, Boots and Superdrug are another way of tracking customers across the omnichannel.

But while this should be an area of advantage for retailers that originated offline, the customer centric origins of online retailers means they aren’t just keeping up, but leading the curve when it comes to personalised omnichannel experiences.

Made.com launched tablets in its London showroom in 2014 – allowing customers to save items to their shopping list which they could access via their online accounts at home. This year, the retailer launched a connected showroom in Brighton which uses data and beacon technology to personalise marketing messaging to shoppers’ online profiles.

Survival of the fittest

There’s no doubt that eCommerce has changed the face of retail for good.

The increasingly low barriers to entry have rapidly driven competition in the market, while customer centric, data driven models have pushed the need for high street retailers to invest in expensive IT systems that deliver consistent omnichannel experiences.

While some high street retailers have fallen, many have risen to the challenge, and are leading the way in the next wave of retail innovation – seamlessly connecting online and offline experiences.

While online retailers are starting to cross over into physical stores, the expense of a physical presence will make this difficult for many, especially on a mass scale. Made.com currently only has three showrooms nationally, as an example.

However, the rise of pop-ups around the country is making it easier for smaller retailers to have a physical presence, even if just for a few weeks or months out of the year.

So while the larger retailers will likely maintain their dominance, mid-size high street retailers may be more at risk, and pop-ups could become a regular fixture of the high street in their place.

One thing is for sure, eCommerce has driven a better customer experience, and will continue to push the boundaries long into the future. As an investor, I see a big opportunity for those players that embrace this change, but also technology providers that help to enable innovations, particularly when it comes to seamless integration across the omnichannel. 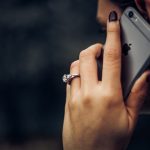