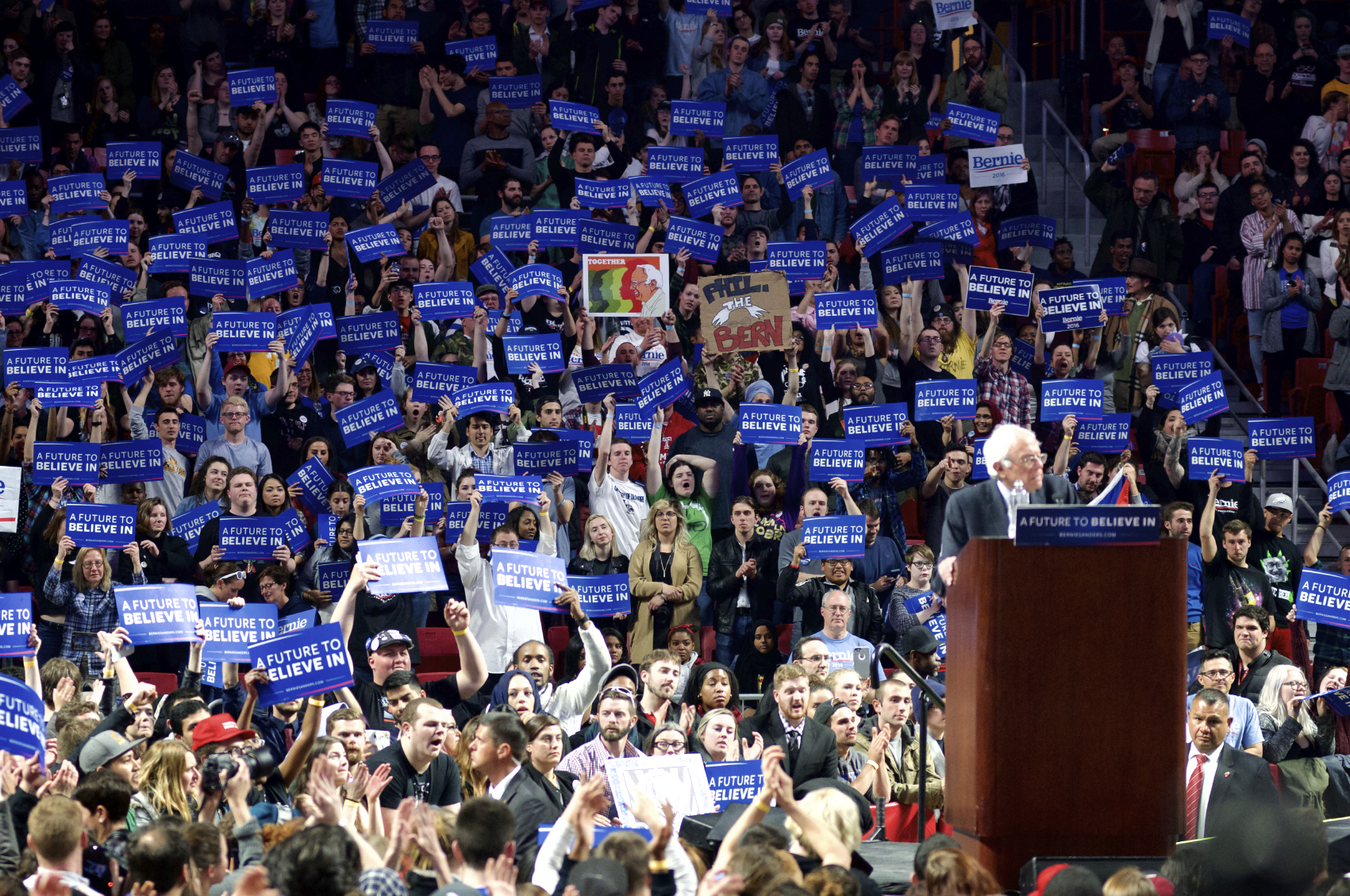 By William Astout | 18th May 2016 | SmartFocus http://www.smartfocus.com/
William Astout is an Email Marketing Expert and L2 Deliverability Consultant at SmartFocus. With an unashamedly enthusiastic approach to email marketing, he knows all about the huge impact contextual data driven marketing can have on a brand. As one of SmartFocus’s marketing experts, William is responsible for bringing SmartFocus’ brand to life and helping our customers make the most of our real-time marketing interaction technology. SmartFocus is an innovator in messaging and communications, enabling the world’s largest brands – including Nestlé, Mercedes-Benz and House of Fraser – to understand and connect more closely with today’s connected consumers; whether that be via web, mobile, email or social channels.

Bernie Sanders’ election campaign team is pulling off a rather original email on-boarding strategy. The way his team used email at the start of his ongoing presidential candidate race proved to be unsuccessful, when asking volunteers to make phone calls to gather support for Bernie. We’ll call this a ‘big request’ for the sake of this article

But when Bernie’s team of volunteers were asked instead for a ‘small request’, which was to gather at a local place for campaign updates, the response was overwhelming.

Sanders’ adviser Zack Exley recently told POLITICO: “We could email a million people who said they wanted to volunteer, and we would get just dozens actually making calls”.

They found that email could fill seats at events known as barnstorms; organising rallies where Sanders’ digital staffers update supporters on the campaign’s strategy in cities around the US, which provided fertile ground for recruitment.

Foot in the door

The technique employed by Bernie’s team is known as ‘foot in the door’, and consists of getting someone to agree to a small, seemingly trivial request before asking them what you initially intended.

Scientists call this successive approximation. When someone agrees to a small request, that creates a bond between you and the other person.

Bernie’s team proved why it’s vital for marketers to on-board new email subscribers. On-boarding should work like getting your foot in the door, to establish a bond between the sender and the receiver.

When it comes to email, the aim of on-boarding is to provide a warm welcome, timely guidance and motivation to subscribers who enter the database and are new to the email lifecycle.

This is where senders have to make a good first impression and establish a bond with those they’re emailing.

Unfortunately, there simply isn’t a ‘one size fits all’ solution when it comes to on-boarding new subscribers. Clients will have to trial and test, learn and deploy, and ask their subscribers questions that are pertinent to their activities.

If the foot-in-the-door technique works for Bernie Sanders, why wouldn’t it work for you?