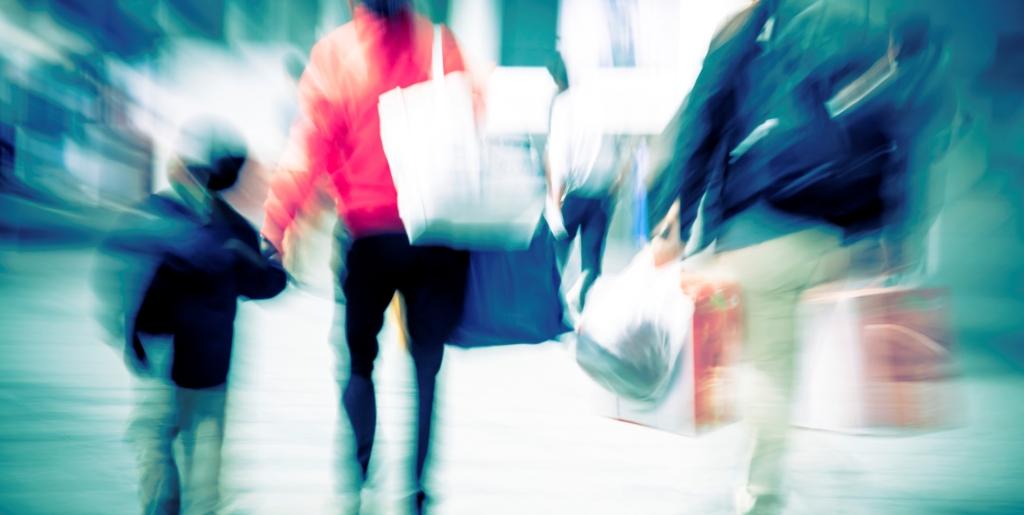 By Luke Griffiths | 14th July 2015 | eBay Enterprise
Luke is Head of Marketing Solutions EMEA at eBay Enterprise. He was previously at GSI Commerce (acquired by eBay), and before that at edialog and Wyndham Worldwide.

Tesco announced recently that it had been running a trial at its new concept store on Villiers Street in central London, in which digital discount coupons were pushed to the smartphones of 40,000 shoppers who had ether passed by the store six times during a two-week period or walked in and out of nearby Embankment station. Customers could redeem their coupons by scanning them at one of the store’s self-service checkouts. Tesco described the trial as an attempt to use the ever-increasing popularity of mobile to address some of the challenges to maintaining customer loyalty that have been created in recent years by the growth of omnichannel retail.

It is not surprising to see Tesco taking the lead on this front. It was, after all, the hugely successful first mover in bringing – with the help of analytics firm Dunnhumby – data-driven loyalty schemes to Britain’s supermarket shoppers in the shape of the iconic Clubcard. Millions of consumers were tempted into signing up by the promise of regular personalised coupons providing discounts on their most-purchased items. Sophisticated email campaigns offering discounts and special offers followed as email eventually emerged as the most effective way to prompt consumers to take action, replacing the distribution of direct marketing content via ‘snail mail’.

Rather than adhering to a rigid timetable, the gathering and implementation of real-time insights is fundamental

But it is increasingly clear that the unprecedented proliferation of choice facing the modern consumer in the omnichannel retail world has caused the role of traditional loyalty schemes to shrink considerably in significance.

When consumers can increasingly order any goods on any device at any time, and have them delivered at a time and location to suit them, the notion of receiving discounts on products dictated by a retailer at a time dictated by the retailer is at best quaint and at worst an irrelevance. The wealth of comparative data available to the modern shopper makes it much easier to choose the cheapest or closest supplier of whatever you are looking for, rather than the one you have always been to before.

So should we just sound the death knell for the whole concept of customer loyalty and have done with it? It could be tempting, particularly when you see research finding that while 94 per cent of consumers are signed up to at least one brand loyalty scheme only half ever actually use even one of them (GI Insight, August 2014). But I would argue that to do so would be premature. Tesco and others are showing that emerging technologies can unlock effective ways of nudging customers into coming back again and again.

Starbucks is blazing a trail in this respect with its innovative integration of mobile payment and a loyalty and rewards scheme within a single app. Customers pay for their coffee by presenting a barcode on their mobile device for the cashier to scan. This is linked to a dynamic digital “stamp card”, with each purchase taking the customer through various levels of eligibility for incrementally better rewards. The app also includes a built-in inbox, used to deliver branded content and special offers from Starbucks and its partners.

Coffee is probably one of the most overcrowded markets around, and with its intuitive and immersive ecosystem Starbucks has instantly improved on the easily lost or forgotten paper stamp card when it comes to making consumers pick them over the competition time after time.

Facebook, meanwhile, has been a pioneer of beacon technology, working with retailers to implement Place Tips, a system that lets a business send updates to a consumer’s smartphone when they are nearby. A restaurant, for instance, could share details of its new tasting menu, reviews from notable critics, or information about its ethical sourcing policy, to Facebook users within a defined distance to try to entice them in for a meal some time. Beacons can be used to great effect in-store, too. Imagine being able to notify a customer when they enter your store, or even approach a particular department or display, of special offers – tailored according to their preferences and previous purchases – that they are eligible for based on their accumulated loyalty points or because they have signed up to your VIP list.

The key to building up loyalty is ensuring that these ‘nudges’ are consistently fun, useful, and relevant for the individual consumer receiving them. In many ways, this is an evolution of the data-driven principles behind the old Tesco Clubcard system, where discounts and rewards were based on previous purchases. But now, rather than adhering to a rigid timetable, the gathering and implementation of real-time insights is fundamental.

Only by building up a holistic and constantly-adapting picture of each customer, based not only on their purchases but also on their other behaviours and interations across all channels and platforms, can brands hope to provide the kind of personal, immersive, and joined-up experience that inspires loyalty.

Email, too, can still play an important part in driving customer loyalty, even as it is increasingly challenged by social media as the most direct way to contact an individual. At eBay Enterprise, we have worked with an international airline to develop email campaigns that are tightly integrated with customers’ loyalty accounts. This means that special offers can be made not only on the basis of similarities to destinations they have purchased tickets to before, but also their likely budgets, augmented by their current loyalty balance as appropriate.

Omnichannel hasn’t killed customer loyalty, but it has radically altered the type and level of effort that is required of brands wanting to create and maintain it. Put yourselves in the customer’s shoes. Wouldn’t you be much more likely to go back to a retailer that made you feel like you were receiving relevant and timely offers born of personal care and attention, rather than one that sent a few generic gift vouchers your way every now and then? Welcome to Loyalty 2.0.