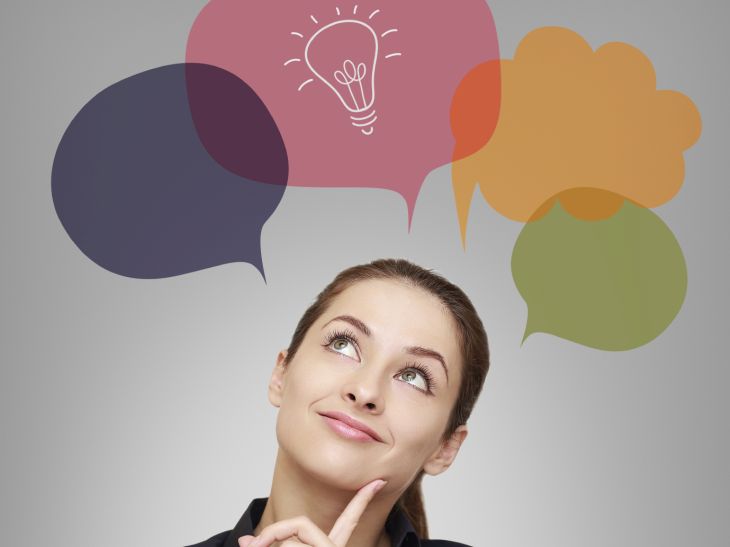 By Dan Machen | 24th February 2015 | Hey Human http://heyhuman.com/
Dan joined Hey Human – a London creative agency – in 2007 as a Senior Planner and now drives their strategic vision as Director of Innovation. Across his 18 year career, Dan has had varied roles across agencies beginning his career as an Account Man on Pepsi for Omnicom agencies before leaping the fence (thanks to D&AD) to become a Creative and Creative Head. Throughout his career, Dan has pioneered several firsts including EMEA satellite and mobile tracking campaigns for Budweiser and KitKat, the first ever furniture concept for Moet & Chandon champagne and ground-breaking AR for Glaxo Smithkline on Lucozade Energy bottles.

With any new technology there is always an accompanying question: How is this technology changing us and our relationships, and is it for the better or the worse?

There are always two sides to the argument, from utopian and dystopian viewpoints – but this has never before been more marked than in the context of digital technology, particularly with the major shifts in connectivity brought by the web, social media and mobile devices.

A utopian viewpoint suggests that technology makes us more productive; it allows us to efficiently multitask and offload more ‘brute’ jobs to our technology, without having to bother to even remember things for ourselves.

On the flipside, the dystopian view is that technology requires us to pay constant ‘partial attention’ to many devices and that doing so overloads our capacity to effectively take in anything. Ultimately, this makes us shallow thinkers, skim-reading everything and, in fact, becoming subservient to the gaggle of devices that we flatter ourselves we master.

A critical point for debate is that some people see the digital revolution as merely another new way for us to express behaviours – akin to the introduction of writing in prehistory. One continually encounters the assertion that the digital age represents nothing extraordinary in the realm of human experience. But is this true, or a facile assumption?

In our role as innovators at HeyHuman, our research into what makes a ‘human brand’ and the types of relationships people want with brands indicates something quite to the contrary. Above all others, the relationship with tech brands has been qualified as ‘couldn’t live without’.

Our hypothesis is that this reflects the extraordinary, intimate and rapidly evolving nature of our love affair with the technology. It is a relationship that – given the exponential proliferation of digital devices – appears be growing at a speed beyond our brains’ ability to stay apace. And if this contention is true then it has significant implications for cognition, brands and marketing communications in the future.

So, what is the truth of our relationship with technology and its impact on our heads, and on messaging cognition?

We commissioned research to begin to explore some of these questions. Specifically, we wanted to look at the limits of the brain’s ability to adapt through a process called ‘Neuroplasticity’.

Neuroplasticity is a physical process within the brain that describes its malleable or ‘plastic’ nature. It describes brain pathways, or neurons, constantly reorganising themselves and forming networks in response to stimuli. For example, the driver of a black cab in London has an enlarged network within his or her brain related to route-finding, because they need to retain a detailed mental map of the city’s streets – commonly known as ‘The Knowledge’. Similarly, it has been shown that heavy use of smartphones enhance areas in the brains related to finger control, because some people are interacting with their touchscreens up to 150 times a day.

The specific focus of our research is on this modern reliance on digital technology and how we might be adapting to it. Studies show that our brains do change significantly in response to heavy use of devices and, in particular, the simultaneous use of multiple screens at once, e.g. TV, computers (desktops / laptops) and mobile devices (smartphones / tablets).

As might be expected, despite the brain’s ability to change – its neuroplasticity – the human attention span is finite; ‘multi-screening’ represents quite a lot for the brain to process at once. So, one specific area of interest focuses on cognition and the theory of ‘cognitive load’. This theory describes the limit of what we are able to take in or effectively process in our brain’s short-term memory at any one time. Historically, this has been represented as a ‘number span’ limit and it is the reason why phone numbers are the length they are and chunked into groups of numbers, to make them more memorable.

Cognitive load is the finite limit of ‘mental energy’ we have to devote to different tasks. As more of us multi-task and multi-screen, we increase the level of cognitive load and drain our mental resources. There is a lot of debate about the potential effects of multi-screening and digital media on our attention spans, mental energy and capacity to concentrate, but there is still little ‘real-world’ research on the theory.

What we set out to test specifically was what happens to our brains while we are multi-screening. Many of our research agents said that multiple device use made them feel “productive and efficient” because they could “do more things at once”; but amidst all the viewing, typing and texting, we wanted to understand the quality of comprehension and recall of messaging; whether – as the playwright Richard Foreman said – “We become like ‘pancake people’, spread wide and thin as we connect with that wide vast network of information at the touch of a button”.

We employed innovative, real-world techniques and an eclectic group of people, including experts and opinion-formers as well as subjects with varying levels of technology adoption. (E.g. a teenager addicted to Facebook, a stay-at-home mum, a silver surfer etc.) Observing them taking part in a task – watching TV, researching on a laptop and messaging on a mobile simultaneously – we used eye-tracking, biometric and neuroscience measures, plus post-event interviews, to gauge their brain activity. Our aim was to understand how people’s brains are adapting to this now common behaviour, and how brands need to communicate in the future as a result.

People feel they want and can have it all, but more is less

From our research, we were struck by the lack of consciousness at play in people’s relationship with their devices. What surprised us was that, despite studies showing 64% of people say they feel ‘obligated’ to use lots of devices, everyone in our study said they were 100% comfortable with their level of device use, with over half saying they like ‘flicking between’ multiple devices at once. This seems to represent an emotional paradox, as one would normally associate a high sense of obligation with more negative emotions.

Almost half of respondents could only recall (at all) one in three advertisements.

Another thing we found interesting arose when we asked people to work back through what they had been watching on the TV during the task – a series of advertisements. When respondents realised that their recall was impaired by the multi-screening with laptop and mobile, their tone began to change and an element of disquiet was raised.

To quote one of our research participants:

“I’ve feel like I’ve sleepwalked into it. It’s not been a conscious exercise because all these devices have… become much faster and sophisticated, so you have the multiple things running at once. But there’s a downside that you’re not really connecting.”

The full results of our research are still pending and we will be sharing our findings in full at SXSW – the global tech conference – in Texas, on 13th March. Topline, though: what we observed neurologically was an increase in cognitive load and a decrease in recall and correct attribution around brand messaging with multi-screening. Typical channel-driven advertising, it seems, is just not getting taken in by most people due to the amount of messaging they are juggling.

The implications for brands, therefore, are that they need to be cleverer about how they engage people across multiple channels. Thinking about memorability by making their communications personalised, or especially contextually relevant. They might also think about tactics that stimulate multiple areas of the brain at once to aid memorability.

Technology’s impact – for good and ill – will only increase over time. This is why, in our view, it is vital to increase awareness of neuroplasticity and the very human limits of cognition. Agencies and brands that fail to tune in to evolving behaviours in relation to technology run a very real risk of being tuned out.