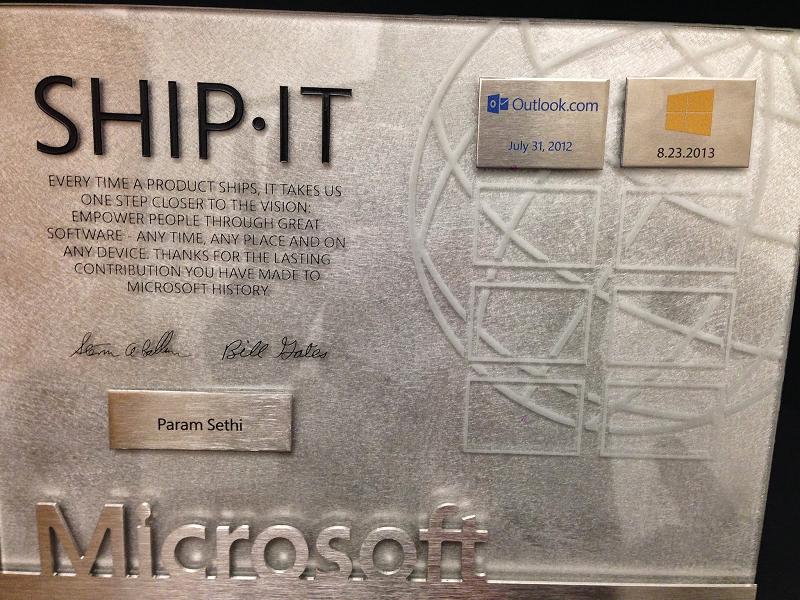 By Ryan Daws | 17th September 2014 | TechForge Media
Categories: Campaigns,
Editor at TechForge Media. Often sighted at global tech conferences with a coffee in one hand and laptop in the other. If it's geeky, I'm probably into it.

One of the biggest complaints about Microsoft in recent years is that the company is slow to take advantage of new trends. This is something which appears to have now changed. Windows Phone is the perfect example of this, but even if Microsoft had been quicker off the mark, would their reputation have held them back?

Steve Ballmer, Microsoft’s ex-CEO, famously laughed at the iPhone. Most people forget that Microsoft was even in the mobile game before Apple with Windows Mobile; but it’s obvious to see how out of touch this attitude was.

Microsoft’s new CEO, Satya Nadella, outlined his “cloud first, mobile first” strategy from the get-go and provided renewed confidence to investors and customers alike. Nadella took the iron throne and mercilessly axed thousands of jobs with the aim to make the company leaner, meaner, and able to move faster with less of the renowned internal conflicts between teams.

All the early signs are pointing towards Microsoft’s long-dormant ship catching sail.

Earlier this week, Microsoft sent out invites to their Windows 9 event on September 30. From the outside, most are looking at this pace as to sweep its failed predecessor under the rug and out of mind. This is one reason, but I believe it’s just one marker of Nadella’s faster and more agile Microsoft.

Cortana, the company’s incredible virtual assistant, is being updated “at least twice a month” which marks the quickest updates to any Microsoft product ever. Still unconvinced? Despite Windows Phone 8.1 just rolling out; a preview version of Windows Phone 9 is set to debut in January 2015.

Windows itself is set to move into a SaaS (software as a service) model whereby instead of large annual updates, the OS will be continuously updated as and when needed with new features. This is in sharp contrast to the “Patch Tuesday” security updates each month.

Windows isn’t cool, Windows Phone is elusive, and even Xbox has taken a knock after the DRM drama of last year

In a job ad, Microsoft writes: “Online services are shipping every week, why not client software? What would it take to modify the windows start menu on every Windows user machine in less than a week? To issue a video driver fix and to offer all the people who have run into issues it in less than two days?”

But will this matter when Microsoft has a brand image problem across the board? Windows isn’t cool, Windows Phone is elusive, and even Xbox has taken a knock after the DRM drama of last year’s disastrous Xbox One announcement.

However, despite reports that Microsoft was due to sell Xbox to a third-party, it still marks the company’s most relatable brand. Despite being a single product the Xbox logo is the closest Microsoft has to Apple’s instantly-marketable and iconic logo. It is why Microsoft is using the brand across its products to connect with their current and potential future customers.

Cortana is named after the AI from much-loved Xbox title Halo, and even the in-development Internet Explorer 12 is currently named “Spartan” – yet another reference. Once Microsoft releases exclusive features for Minecraft on Xbox as a result of this week’s $2.5bn purchase of Mojang, you can bet more of the Windows-based console will end up being attached to families’ biggest canvas in the home post-Christmas. It’s the friendliest trojan horse in history.

Away from Xbox, Microsoft is re-branding most of its Bing apps to MSN. You just know someone in Microsoft thought this would play on people’s nostalgia with MSN Messenger and remove the “failed search engine” impression many people associate with Bing.

Microsoft is grasping on to the brands which paint a positive image and attempting to build them back up. Apple sells because it’s a cool brand, not that their technology is that much ahead of competitors. If you’ve got the kids talking about your products; then you can probably just sit back and watch the profits roll in.

Microsoft’s ship has caught sail and is moving fast; let’s hope they can repair their hull as quick.

How do you think Microsoft could repair its brand? Let us know in the comments.