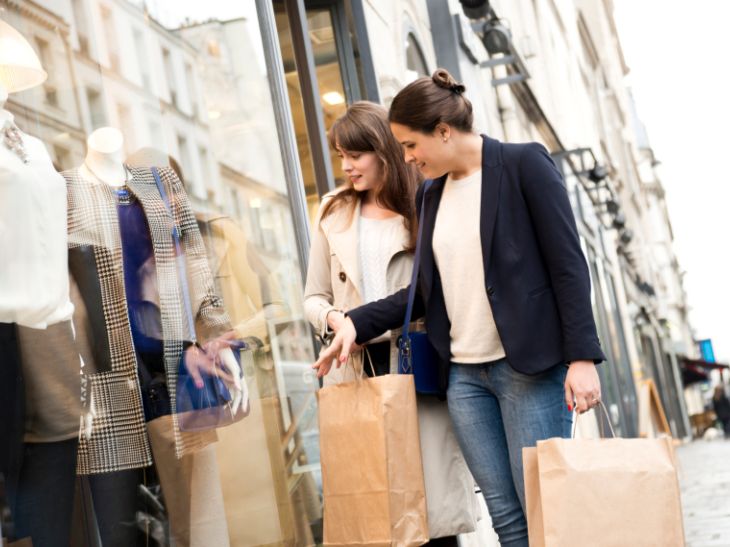 By Simon Holland | 25th November 2014 | TechForge http://www.marketingtechnews.net/
Marketing Tech’s editor has more than a decade of editorial experience spanning computing, performance marketing and, currently, enterprise digital strategy. Simon’s career began in print, where he edited the news section of business computing title PC Plus and contributed to a variety of other special interest titles, including MacFormat and Computer Arts. He then made the transition to digital journalism, joining PerformanceIN where he covered a sector of the marketing industry where advertisers only pay on a performance basis. Most recently, Simon became editor at TechForge Media where he manages the editorial strategy of Marketing Tech and the company portfolio’s newest launch Connected Car.

Modern shoppers are making more stops than ever before on their route to purchase, with Rakuten Attribution reporting that visits to the same store prior to a conversion have tripled in the last four years.

Rakuten Attribution’s Measuring the Modern Shopper white paper found that consumers make nine and a half visits to a retailer’s site before deciding to buy, rising from three and a half in January 2010.

The study reinforced a survey from professional services company Deloitte titled The Omnichannel Opportunity: Unlocking The Power Of The Connected Consumer, which showed 95% of online sales are incremental to store sales.

Conversions across channels on the up

Multi-channel journeys are now a fully developed part of modern commerce, according to Rakuten’s report, which revealed that the number of marketing channels in converting journeys have increased from 1.25 in January 2010 to 3.25 in January this year.

Navigating the web is no longer the trial it once was for consumers and Seth Richardson, chief technology officer at Rakuten Marketing, thinks this is the reason for impulse purchasing dying out.

“Consumers’ confidence in the web means they move around very quickly between devices, channels and websites. They know what they want and understand how to find it, so are making more comparisons between retailers before taking the decision to buy.”

An example of this new breed of discernible consumer has been witnessed by retailers. John Lewis noted an acceleration in omni-channel commerce as one in three click and collect customers also made an in-store purchase, whereas 40% of grocery orders at Tesco were made on more than one device.

Omni-channel data can not only help make better marketing decisions, but Richardson was keen to point out the budgetary benefits that such insights held as well.

“Without effective measurement in place, brands can’t fully understand which of their campaigns are really working, and therefore how to spend their budgets wisely,” he said.

“With the right tools in place, marketers have the power to consolidate and clarify data, improving campaigns continually based on real-time responses.”