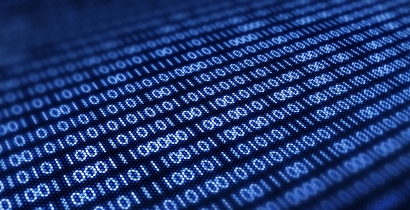 By James Bourne | 2nd January 2014 | TechForge Media http://www.cloudcomputing-news.net/
Categories: Social Media Marketing,
James is editor in chief of TechForge Media, with a passion for how technologies influence business and several Mobile World Congress events under his belt. James has interviewed a variety of leading figures in his career, from former Mafia boss Michael Franzese, to Steve Wozniak, and Jean Michel Jarre. James can be found tweeting at @James_T_Bourne.

Nick Halstead, CEO and founder of social data platform DataSift, has had a very busy month. In December, his company received a $42m investment from a consortium of venture capitalists, led primarily by Insight Venture Partners, with the money going to accelerate both sales and technology development.

At the time, there was plenty of comparison between DataSift and Twitter search monitoring firm Topsy, which last month was acquired by Apple.

Yet Halstead, speaking to MarketingTech, is quick to quell the discussion.

“Topsy was a niche of their own – they weren’t really directly competitive to us because they were not really a data resyndicator,” Halstead explains. “They have a fantastic analytics platform and that’s really what most of the market believes Apple was after – this very large kind of search engine that can deal with the kind of scale of social.

“My slant towards it is that it was more of a technical purchase for Apple,” he continues. “Obviously it’s fantastic news for the market…there’s been a whole host of other acquisitions that are related to analytics and social in the last 12 months.

“For us, we believe that our platform has markets way beyond just social. It’s great that those businesses are recognising the value of social data.”

With that in mind, how long before a float from DataSift? Halstead, again advising caution, put a tentative timescale of three to four years.

“It was more of a statement of ‘we believe this is a billion dollar market, social is huge, and the market for applying a cloud-based unstructured processing engine to a broad enterprise market is a massive untapped opportunity’,” Halstead explains.

“There’s lots of discussion around big data companies, but the reality is a lot of the technology that’s out there for big data is totally unapproachable for the average company.

“If you believe any of the reports from the Kinseys and the rest, 70% of all data in the enterprise is unstructured, so we believe our footing for getting social into business first, and then helping them also tackle other problems that they’ve got within their business of being able to contextualise data alongside social is huge,” he adds.

What DataSift brings to the table, therefore, is resyndication rather than analytics – the “heavy lifting on the data”, as Halstead puts it.

“Our USP is our ability to understand the content, to be able to then make a decision of whether certain data is delivered to a customer or not, and it’s gone way beyond the simple idea of keyword tracking,” Halstead explains.

For marketers, big data is arguably the biggest revolution of them all – and Halstead is convinced that, with the way the market is heading, his solution beats them all.

“[DataSift] is a cloud service where you can pump the central data into it, get understanding and meaning of the data out again and deliver that into whichever tools you want us to deliver it into. And that’s going to apply to the rest of the unstructured market,” he explains.

“Big data came about because of two things, I believe. Companies found they had lots of data sets that they wanted to join together, and that’s very hard in old, traditional databases, and a lot of the data they had was unstructured.

“But actually a third problem came along that kind of hijacked most of the conversation, which was the size – and actually the size, for most people isn’t the issue.

“I actually think there’s an open opportunity for us to tackle unstructured processing, because it still isn’t being served by any of the big data vendors out there,” he adds.