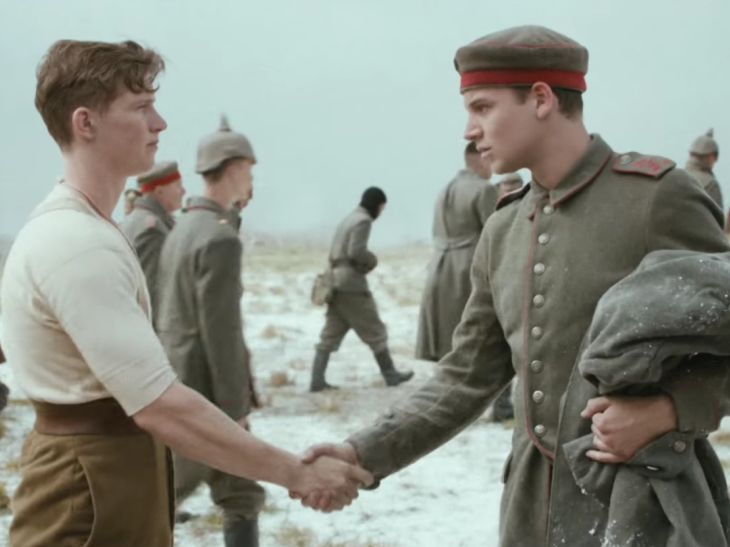 By Joel Windels | 17th December 2014 | Brandwatch http://www.brandwatch.com/
Joel spearheads the EMEA marketing efforts for Brandwatch, one of the world’s leading social media analytics platforms. With a background in journalism and the video games industry, Joel is responsible for Brandwatch’s global PR and social strategy, as well as overseeing events, demand generation and other marketing initiatives in the EMEA region. In his role at Brandwatch, he helps show clients and prospects how they can use the power of online conversation to enhance business operations of both brands and agencies. In all, he probably spends too much of his time measuring things.

Christmas is well and truly upon us. In fact, I can almost count down the days on my fingers. From here on in all that is left is a frantic scramble for that one present you forgot and a mad dash around the supermarket to make sure your cupboards are stocked to the absolute brim.

For many of us, the start of the festive season has become intrinsically linked to the airing of the first Christmas advert on TV – an event which seems to be turning into a bigger and bigger deal each year, much to the delight or hatred of us Brits. So which ad was the most polarising this year? And which claimed the ultimate Christmas victory?

In our own festive tradition, Brandwatch has been taking a look into the online conversations around the ads of the UK’s five top retailers to see what the public had to say about this year’s campaigns.

Since the beginning of November, we have monitored and analysed a whopping 650,497 mentions, charting the winners, losers and those who barely made it off the starting line.

Last year, John Lewis’ heart-warming animated story of an unlikely friendship between a sleepy bear and a selfless hare stormed ahead of the competition to be crowned the most-talked about advert (57% of the overall mentions).

A distant second and third place went to Marks and Spencer and Sainsbury’s who amassed a mere 32% of the overall mentions between them.

But have things changed this year?

In a word – no! A year on and John Lewis has yet again managed to expertly tug on the heart strings of the nation through the tale of a young boy and his love-sick ‘pet’ penguin.

A reported seven million pounds was spent on the creation of the advert and to good effect – it has seen 465,000 mentions online, including 128,000 for the adorable sidekick #montythepenguin, and racked up 45% of the total online mentions across all competitors analysed (though not such a clear victory as last year).

John Lewis aside, the main controversy amongt this year’s ad crop focused on Sainsbury’s for its retelling of the renowned Christmas truce football matches between English and German soldiers during the First World War.

Despite the flurry of newspaper headlines which slated the brand’s ‘cynical’ tactic of tying into the centenary of the war, only 8% of those mentions, which expressed sentiment towards the ad, were found to be negative.

In fact, response to the Sainsbury’s ad was overwhelmingly positive.

The @sainsburys advert is probably my favourite Christmas Advert of all time! I still get goosebumps every time I watch it

Moving it may have been, but accounting for 123,000 of the total mentions, it was narrowly pipped to the post by John Lewis, coming in second with a 41% share of the conversation.

One retailer punching way below its weight this year was Marks and Spencer, whose fairy-centric Magic and Sparkle ad only accounted for 6% of the total Christmas ad mentions amongt the five (33,000 mentions).

The ad’s teaser campaign – #followthefairies (13,000 mentions) – which saw mysterious acts of kindness being perpetrated across Britain, helped build early anticipation and was largely viewed positively by the public (88% of emotive mentions were positive) but the campaign quickly ran out of steam.

Britain’s falling in love with @TheTwoFairies. Such a festive & spirited campaign- I love it! #FollowTheFairies

Debenhams and Morrisons made their way to the bottom of the ad pile this year, with their campaigns ‘Found it’ and ‘Let’s make Christmas special’ only making up a combined 8% of the total mentions.

Morrisons, no doubt hoping to build on the success of last year’s ‘Go On …It’s Christmas’ ad, which featured Beauty and the Beast’s ‘Be Our Guest’ (and had the highest proportion of positive sentiment out of all the brands), barely managed to register with the online audience this year. It limped in last with 2% of the mentions.

Morrisons Christmas TV ad on YouTube, here #MakeChristmasSpecial it’s my fave Xmas tune …the one I sing all year

Its beginning to look a lot like Christmas! @antanddec #MakeChristmasSpecial in @Morrisons ad

Debenhams also looked to spark excitement with its ad, which featured kids running around the store after hours looking for their favourite presents – however it too could not compete with Monty and the soldiers of the Somme for sheer volume and it tied for third place with Marks and Spencer (6%).

Loved Xmas shopping @Debenhams so impressed with the selection. Staff were amazing!#foundit

Year-on-year brands are wising up to the fact that their ads need to be less about the products and more about the production. Given that ads are now so easily shareable, they lend themselves to global scrutiny so the stakes have never been higher.

John Lewis has been leading the Christmas ad race since 2009, yet with brands such as Sainsbury’s throwing their all into winning over consumer loyalty, it will be interesting to see the shape of the leader board in a few years’ time.