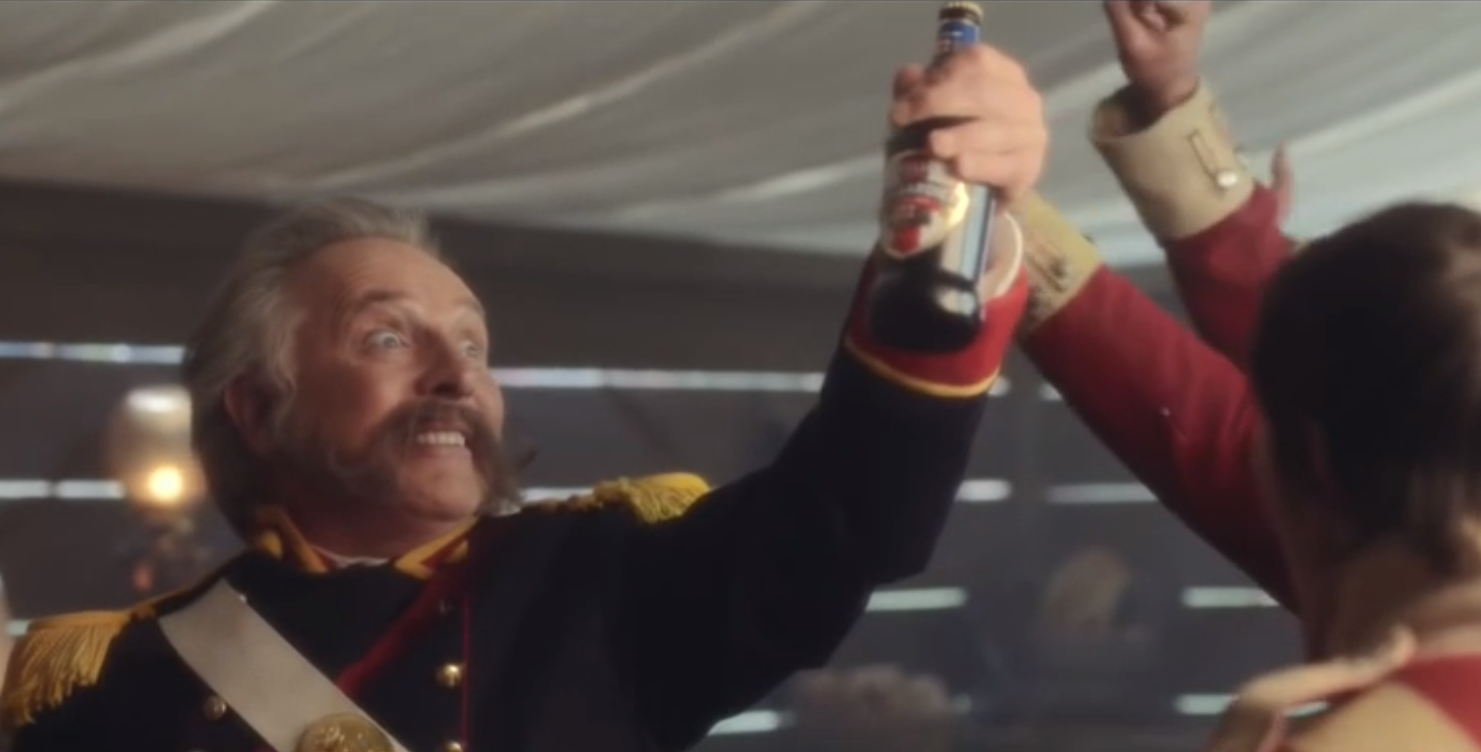 By James Bourne | 27th August 2014 | TechForge Media http://www.cloudcomputing-news.net/
James is editor in chief of TechForge Media, with a passion for how technologies influence business and several Mobile World Congress events under his belt. James has interviewed a variety of leading figures in his career, from former Mafia boss Michael Franzese, to Steve Wozniak, and Jean Michel Jarre. James can be found tweeting at @James_T_Bourne.

Real ale brand Bombardier Beer has revealed it is to restart its consumer marketing push, nearly three months after the death of actor Rik Mayall.

Mayall, who passed away in June at the age of 56, had played Bombardier’s brand character, William Charles Bedford, since 2011. Since then Bombardier has continued its B2B and trade publication marketing campaigns, but had stopped posting on its Twitter as a mark of respect to the late star.

Yet a statement released by Bombardier from Mayall’s family has given the green light to continue its consumer push.

“We’ve been overwhelmed at how popular Rik’s portrayal of the Bombardier was and the sense of fun and enjoyment it brought to so many people,” Mayall’s widow Barbara Robbin said.

“We very much appreciate the respectful break that Wells have given us, but we feel that the time is now right for the Bombardier to spring back into action and restart the banter,” she added.

A spokesperson for Wells & Young’s told MarketingTech it was “a little early” to go into great detail for the latest campaigns. However, a statement read: “Since the sad news of Rik’s passing, our priority has been to respect the privacy of his family and put their wishes ahead of everything we do in respect of marketing Bombardier beer.

Whilst there will be some inevitable changes, fans can expect to enjoy the entertaining observations and reflections that have become synonymous with the character of the Bombardier

“Their kind message to the Bombardier fans has effectively concluded the pause we’d implemented on our promotional activity and we’d like to thank them for their support and approval to continue the campaign, which will resume in the near future.

“We are now finalising the details and, whilst there will be some inevitable changes, fans can expect to enjoy the entertaining observations and reflections that have become synonymous with the character of the Bombardier,” the statement concluded.

The last post on Bombardier’s Twitter feed before yesterday was a much more sombre statement the day after Mayall’s death in which the ale brand paid tribute to the only person who could “bring [William Charles Bedford] to life.”

With Mayall’s unforgettable portrayal of Lord Flashheart in the Blackadder Goes Forth comedy series, combined with the mission statement of the Bombardier soldier on the brand’s website, it’s no wonder Wells & Young’s only had one man for the role back in 2011.

“Just like this magical pint of copper hued loveliness, I’m English, ever reliable and damned tasty,” the copy reads.

Bombardier isn’t the only real ale brand to have changed tack this year, for various reasons. Scotland-based brewer Belhaven unveiled a brand new look back in January to “avoid the easy clichés of Scottishness”, as well as recognise the market share craft beer now enjoys, while controversy-courting independent brewer BrewDog launched its new packaging last month.