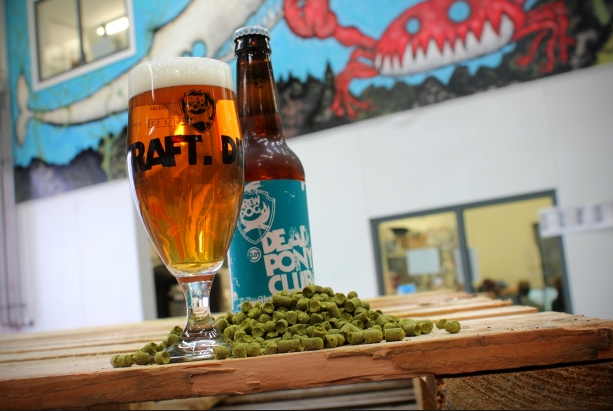 By James Bourne | 29th April 2014 | TechForge Media http://www.cloudcomputing-news.net/
James is editor in chief of TechForge Media, with a passion for how technologies influence business and several Mobile World Congress events under his belt. James has interviewed a variety of leading figures in his career, from former Mafia boss Michael Franzese, to Steve Wozniak, and Jean Michel Jarre. James can be found tweeting at @James_T_Bourne.

The co-founder of independent brewer BrewDog, James Watt, has released a ‘formal apology’ to the Portman Group claiming he “couldn’t give a shit” about a ruling that its Dead Pony Club beer encourages anti-social behaviour and rapid drinking.

In a ruling published yesterday, the Independent Complaints Panel (ICP) was particularly concerned about the labelling on the 3.8% ABV beer, which includes phrases such as ‘drink fast, live fast’ and ‘we believe faster is better’, as well as the line on the label, ‘rip it up down empty streets.’

However, the ICP conceded that “the product did not promote immediate consumption”, adding that despite the statement on the label ‘this thorough bred kicks like a mule’, the relatively low strength of the beer meant there was no undue emphasis based on the intoxicating effects of the alcohol.

Watt’s riposte, in his inimitable style, left little to the imagination.

Watt continued: “Unfortunately, the Portman Group is a gloomy gaggle of killjoy jobsworths, funded by navel-gazing international drinks giants. Their raison d’être is to provide a diversion for the true evils of this industry, perpetrated by the gigantic faceless brands that pay their wages.

“Blinkered by this soulless mission, they treat beer drinkers like brain dead zombies and vilify creativity and competition. Therefore, we have never given a second thought to any of the grubby newspeak they disseminate periodically.”

Despite this nonchalance, the ICP has issued a retailer alert ordering licensees and retailers to not purchase stocks of Dead Pony Club in its current branding after July 8.

Henry Ashworth, chief executive of the Portman Group, said in a statement: “The Code rules do not exist to prevent humorous or innovative brand marketing, but to make sure that humour is used responsibly. We urge producers to exercise due diligence and consult our Code Advisory Team if they are in any doubt.”

Watt added: “We sincerely hope that the sarcasm of this message fits the Portman Group criteria of responsible use of humour.”

Read the complete ruling from the ICP here, as well as BrewDog’s response in full here.