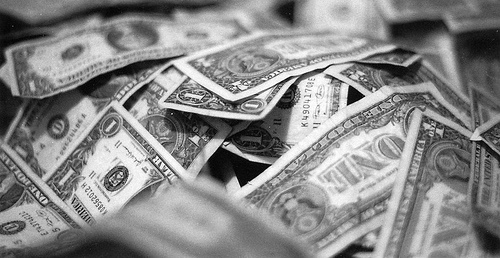 By James Bourne | 17th April 2014 | TechForge Media http://www.cloudcomputing-news.net/
James is editor in chief of TechForge Media, with a passion for how technologies influence business and several Mobile World Congress events under his belt. James has interviewed a variety of leading figures in his career, from former Mafia boss Michael Franzese, to Steve Wozniak, and Jean Michel Jarre. James can be found tweeting at @James_T_Bourne.

The report is certainly one of the more positive to hit the stands, according to the IPA – and the figures certainly show why.

A net balance of 20.4% of companies registered an increase in budgets during Q114, ahead of Q413’s number of 11%. This number smashes the survey record, from the previous quarter of 12.3%. Throughout the financial year, 17.2% of companies reported their marketing budgets had been increased, which compares positively to the forecast at the start of 2013 of 13.5%.

In terms of optimism, 41.7% of firms said they had become more optimistic financially, which the IPA described as ‘historically high’, although noting that number was down on Q413’s 47%.

By sector, each specific discipline had upwards projections according to the report. Main media advertising recorded a series record net balance of 11.7%, compared with internet (8.5%), events (6.2%), sales promotions (3.4%), direct marketing (2.6%), PR (2.1%) and market research (1.1%). These figures are especially interesting considering the areas that are struggling – yet still registered upwards revisions.

“With confidence remaining strong, forecasts revised up higher than ever before, and budgets being increased to the highest degree for seven years, the Q1 2014 Bellwether Report reveals that both the advertising industry and the wider economy are facing a future full of opportunity, innovation and most importantly of growth,” said Paul Bainsfair, IPA director general.

“Companies are ramping up their markets and advertising expenditure in the face of growing optimism about the economic outlook,” added Chris Williamson, chief economist at Markit. “As higher marketing spend is also usually accompanied by rising business investment and job creation, this augurs well for economic growth to top 3.0% this year.”

According to the Office for National Statistics the UK economy grew by 0.7% in the fourth quarter of 2013, down from 0.8% in the previous quarter.

What do you make of these results?