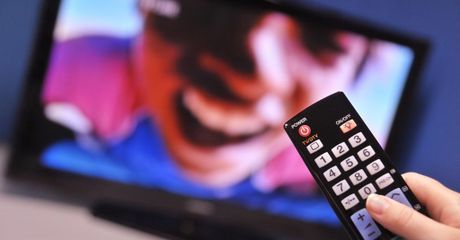 By James Bourne | 16th April 2014 | TechForge Media http://www.cloudcomputing-news.net/
James is editor in chief of TechForge Media, with a passion for how technologies influence business and several Mobile World Congress events under his belt. James has interviewed a variety of leading figures in his career, from former Mafia boss Michael Franzese, to Steve Wozniak, and Jean Michel Jarre. James can be found tweeting at @James_T_Bourne.

It’s something of a misnomer to say that ad avoidance is a digital issue, with generations of TV watchers leaving the room like clockwork to make a cup of tea when the ad break arrived.

This is something of a tradition in the UK, but it’s actually not a myth – famously, the National Grid reported a power surge during the ad break of British soap opera Coronation Street because of several million people all boiling kettles and opening fridge doors at the same time, in what is known in the trade as a “TV pickup.”

Today the TV pickup has been replaced by the ad blocker. Either way, adverts don’t get watched.

Martin Pugh is CEO of ad tech startup Adpoints, which has been trading since late 2012 but looks to have big plans for 2014. Pugh joined the company in December last year having previously held senior posts at Pizza Hut UK and Virgin Active UK among others.

Through a publisher partnership with Nectar – the largest loyalty card scheme in the UK and also a major shareholder within the business – Adpoints offers a carrot to consumers, offering discount shopping points for those who watch adverts all the way through. The system is unobtrusive, with consumers being able to watch adverts wherever and whenever they like.

This freedom and incentivisation, Pugh [left] argues, allows Adpoints to provide an advertising solution which customers engage with and – shock horror – enjoy.

“What we’re looking to do is reset the contract between advertiser and consumer in a way that is positive, and ensures full attention and engagement from the consumer,” he tells MarketingTech.

“What’s really exciting is that not only people view all the ads, but more importantly they understand the ad better than viewed in other media, they record the ad better, their propensity and disposition towards the brand is superior than it would be through other media, and what’s really exciting is that they enjoy it more, and they enjoy advertising more with this medium.”

Users are asked to give feedback on the advert after they watched it, and encouraged to answer a few questions on the brand. The data can then be shared with the advertiser to analyse everything from brand attitudes to purchase intent.

This adds sophistication to the Adpoints solution. To coin an old phrase, they need to be making their customers money in order to make money themselves.

“You do get that specific feedback at the end,” Pugh affirms. “I think the thing that’s really exciting for FMCG players in particular is, clearly and understandably through the Nectar relationship and through the very fact that people are viewing, our Nectarcard holders were able to spot the flow through to store and transaction.

“Every CMO is desperate to find an understand, so that we can understand whether that viewer bought or not in the pre-period, the during, the post-period and to what extent that changed their disposition to that brand or other brands.”

Pugh describes the service offered as ‘a laser-like analysis that simply can’t be replicated elsewhere’. So is Adpoints helping brands think more outside the box with their advertising?

For Pugh, it plays to three strengths; addressable advertising, getting visibility and, perhaps most important, playing to consumer choice.

“I think there’s an increasing level of consumer alienation, if that isn’t too strong a word, from advertising that is forced upon them and interrupted, whatever the medium, whatever the device,” he explains. “What we do is enable the consumer to choose when and where they engage with advertising, and specifically what advert they choose to watch.”

It certainly plays into the company’s ethos that everybody should win. Spotify, to the short-lived chagrin of users who didn’t know before, stops adverts if you turn the volume down on them. Similarly Channel 4 is announcing that in the near future, its 4oD catch-up streaming service will block browsers that are fitted with ad block software.

Frustration abounds. Hence why Adpoints believes it has a good bet. Without revealing too much of the specifics for what 2014 holds – you’ll have to wait and see on that one – Pugh promises a big year ahead.

“We’ve been trading for just over a year, and I think in some senses it would be fair to describe the period until now as being an extended beta test or proof of concept, which it’s gone through with flying colours,” he explains.

“For the year ahead our plan is to accelerate fast our audience scale, our advertiser revenues, and to build the partnerships that will enable us to be a must-buy solution for those that are in video advertising and begin to move towards featuring on TV.”