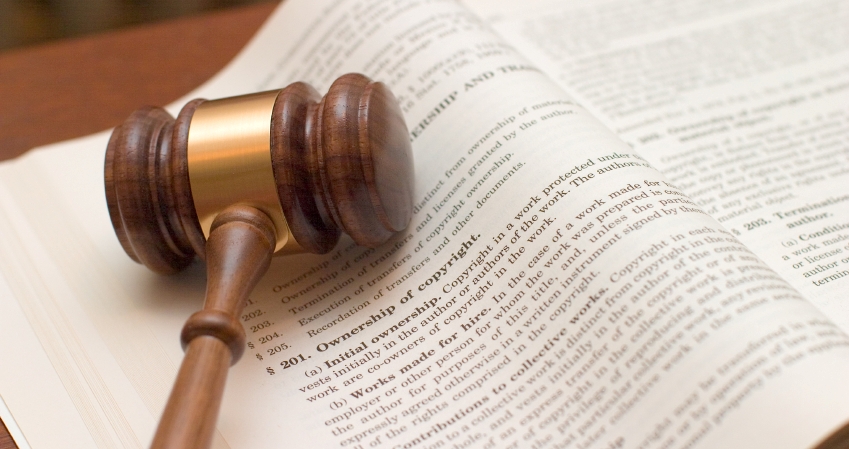 By James Bourne | 11th April 2014 | TechForge Media http://www.cloudcomputing-news.net/
James is editor in chief of TechForge Media, with a passion for how technologies influence business and several Mobile World Congress events under his belt. James has interviewed a variety of leading figures in his career, from former Mafia boss Michael Franzese, to Steve Wozniak, and Jean Michel Jarre. James can be found tweeting at @James_T_Bourne.

The issue of intellectual property for creative artists in the YouTube, Spotify-oriented age has never been more pronounced.

Radiohead musician Thom Yorke has publicly denounced the Sweden-based streaming service. The quote that Spotify was ‘the last desperate fart of a dying corpse’ predictably got the headlines, but the message was clear. “I feel like as musicians we need to fight the Spotify thing,” he told Mexican website Sopitas back in October.

To that end Atoms for Peace, one of Yorke’s other bands, has taken down all of its tracks from Spotify and other streaming services.

Eric Baptiste is the newly elected chairperson of the board of directors at CISAC (International Confederation of Societies of Authors and Composers.) Having served on the board for four years and previously been chief executive, he’s aware of the concerns that creative artists have.

His view is that both the companies and the creatives need each other in equal measure.

“Without companies that rely on creativity to have a product or service, creators have no market,” Baptiste tells MarketingTech. “Conversely, without creators, the businesses would run out of new movies, new pictures, new music, new books.

“It’s an ecosystem, it’s a circle of life. You need to recognise that everybody has a place, has a spot in the ecology of creativity,” he adds.

Baptiste is at pains to point out this is not an issue solely for the digital age. Radio companies in the 1920s and 30s, he claims, told ASCAP (American Society of Composers, Authors and Publishers) that they didn’t need to pay up as the exposure of music on a new platform was reward enough.

This comes back to haunt those trying to figure out solutions today, he argues.

“Those people coming up with new ideas can sometimes have no previous experience of how to licence creative content,” he explains. “They have ideas about the value of the content, they use [it] as a primary element in their business, [but] sometimes they mistakenly think that promotion is enough.”

Baptiste himself has plenty of experience in the radio business, having managed stations in France both in the commercial and public sector.

He admits that in those days, intellectual property wasn’t much of an issue.

“I understand very well that when you’re running a business that relies on creative content, you may not be as focused on licensing, or IP, or copyright issues as we in our business would like to think,” he explains.

This is where CISAC comes in – and the new chairman’s experience in the radio game makes him adamant that the confederation isn’t spreading its message sufficiently.

“CISAC is an organisation that has been a bit too shy in the past, and it’s important we are a bit more out there,” he argues.

So what does CISAC do? The confederation has a five point mission statement: to strengthen and develop its international network of authors’ societies; to be the voice of the creators and their collective management organisations; to adopt quality standards to improve cross-border data exchange among authors’ societies; to support societies’ strategic development in every geographic region and artistic repertoire; and to foster a legal environment supporting authors’ rights.

Baptiste argues that CISAC is firmly on the side of technical innovation. “It’s not a well known fact,” he concedes, “but CISAC has been a champion for digital identifiers, interoperability, standard messages between the various players in the digital value chain…societies, record companies, digital service providers.

“This is something that we need to continue working on, develop and publicise,” he adds.

Last year this publication spoke to Jean Michel Jarre following his appearance at the biennial World Creators Summit in Washington DC. Jarre told MarketingTech that it was unfair to criticise YouTube – who sponsored the summit – simply because they’d invented the technology to make this happen.

Baptiste does not disagree. He notes that in the collective management business they are usually ‘business model agnostic’, however he admits that “experimenting with business models in this day and age is actually quite good.”

However emotions run high. The only comment on a video of Baptiste’s speech ‘Is Music Consumption Consuming Music Makers?’ at Canadian Music Week back in May accuses him of being ‘the biggest a-hole in Canada’ because Spotify hasn’t yet made it to those shores.

Recently examples have arisen where companies and artists have tried to change the game. Last month Getty Images announced it was making its photo library free to use online on the condition that users inserted an embed code into each post.

Hugh Pinney, VP news EMEA, told MarketingTech that while the roadmap wasn’t concretely laid out as to how Getty would utilise the data, he thought the move represented the industry “catching up to the 21st century.”

For Baptiste, there is no one size fits all solution. “We care about one thing,” he explains. “Is the potential licensee willing to recognise the value our creators’ works represent?

“There are many ways – to use a term that is well known but I don’t like very much – to monetise the works, and we try to find licensing frameworks that accommodates all those business models.”

At the opposite end of the scale, US funk band Vulfpeck hit the headlines earlier this year for releasing an album entitled Sleepify. The idea was simple: have ten tracks, composed entirely of silence, all between 31 and 32 seconds in length. Vulfpeck urged fans to stream the album on repeat while they slept, in order to earn the band money to go on tour.

No matter how long a song is, once it gets past 30 seconds Spotify pays royalties. And according to the official site, labels and publishers can expect anywhere between $0.006 and $0.0084 per stream.

Baptiste says he admires how some artists think outside the box – but they shouldn’t have to resort to this.

“I do admire people’s ingenuity, creativity, it’s fantastic,” he says. “Even before the digital age we knew friends of ours who had a basement band, a high school band, how creative they were to have their music performed here or there.

“Conversely, at the same time all of us in music, or more broadly the entertainment, digital ecosystem, we have to not be satisfied with that and provide our talented creators with a framework that takes care of them, that helps them to make sure that they can be creative, that they do what they do best.

“We have to make sure that we can keep them being creators, and we take care of the rest if they so wish.”

Spotify gave official figures for unnamed album revenue in July – a ‘niche indie album’ earned $3,300 throughout the month; a ‘classic rock’ album grabbed $17,000; whilst a ‘global hit album’ got $425,000. At the other end of the scale, Megaupload is facing new civil lawsuits from US music industry body the RIAA having “wilfully engaged in, actively encouraged, and handsomely profited from massive copyright infringement of music” according to reports today.

Either way it’s a fragmented issue and not one which is going to be solved easily, both for CISAC and ASCAP, which celebrates its centenary this year. But for Baptiste, both parties need each other, with the chairman comparing the issue to one of human rights.