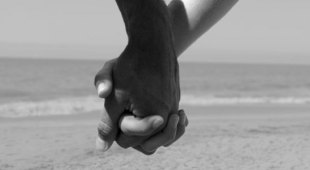 By James Bourne | 4th September 2013 | TechForge Media http://www.cloudcomputing-news.net/
James is editor in chief of TechForge Media, with a passion for how technologies influence business and several Mobile World Congress events under his belt. James has interviewed a variety of leading figures in his career, from former Mafia boss Michael Franzese, to Steve Wozniak, and Jean Michel Jarre. James can be found tweeting at @James_T_Bourne.

eHarmony.co.uk has revamped its website with several new features in order to provide a better experience for its customer base, as well as reinforce its brand image.

The new features include changes to the dating site’s famous relationship questionnaire, which is now one-question per page in line with mobile device traffic. Similarly, eHarmony has also launched a more detailed personality analysis, called the ‘Book of You’.

Further, the site now incorporates responsive design, again with a nod to mobile users. With traffic on smartphones and tablets creeping up above 40%, it’s a move which had to be made, according to marketing director Romain Bertrand.

Speaking to MarketingTech, Bertrand explains: “People are using a variety of platforms [and] sizes, and we really wanted a site that was best of breed on all these different site factors, and would work both on desktop and mobile.”

Users who sign up to eHarmony now have the opportunity to put a full size picture on the front page, with Bertrand commenting: “People really have a chance to present themselves in a different way.”

It’s all part of the eHarmony philosophy, in portraying itself as a more sophisticated dating platform.

“We’ve never been a website where you browse hundreds and hundreds of profiles,” Bertrand explains. “Because we spend lots of time getting to know the user and deliver their personalised matches, it was really important they have a much deeper experience, and chance to get to know the matches that we’ve delivered to them.”

With the UK revamped site having been live for around a month, after six months of testing, the change seems to be working – conversion rates were up “by double digits”, according to Bertrand.

And even though the site design’s changed, the company’s values have stayed the same – which is key to reinforcing brand value.

“I think what eHarmony stands for is still the same, around delivering a very personal, engaging matchmaking experience,” Bertrand says.

“At the other end of the spectrum, you’ve got some very different websites where you spend time browsing profiles and looking for something a bit different. I think here, people come to eHarmony at a stage when they feel they’re ready and they want to find people who are alike,” he adds.

“It’s an evolution, so we wanted to reinforce the brand value and the key USP that we have.”

According to Bertrand, the performance of a company website and the brand’s reputation are inextricably linked.

“The website tells everything about what we are as a brand,” he says. “If a website is helpful and supportive then people will see us like that as a brand. If it’s personal, then again that’s what they think about the brand.

“If they see that it’s flexible and it works around them, again they’ll attach that to the brand values. I think the two are 100% aligned, absolutely.”

But what does the future hold for eHarmony? Bertrand advocates aligning m-web with apps strategy.

“It’s about trying to deliver a really simple experience on m-web, where you only keep the key features, and over time, you can see the apps and m-web starting to merge into one,” he explains.

“That’s the philosophy, the vision we have. But as the moment, we’re still working on a portfolio where we have [it] all working in parallel – Android, iOS, m-web and tablets, all working together.”