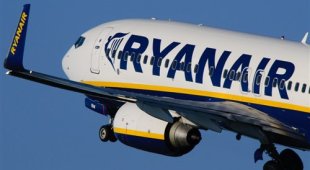 By James Bourne | 1st October 2013 | TechForge Media http://www.cloudcomputing-news.net/
James is editor in chief of TechForge Media, with a passion for how technologies influence business and several Mobile World Congress events under his belt. James has interviewed a variety of leading figures in his career, from former Mafia boss Michael Franzese, to Steve Wozniak, and Jean Michel Jarre. James can be found tweeting at @James_T_Bourne.

A report from polling body YouGov has explained how Ryanair can go on its word and improve its “abrupt culture”, as chief executive Michael O’Neill explained it to shareholders last week.

This comes after the airline was voted the worst brand for customer satisfaction by Which? Magazine, which assessed 100 of the UK’s largest companies.

O’Neill told shareholders at the company’s AGM that he was overseeing a revamp of its customer service, including setting up a new team to handle complaint emails. A new Twitter account – @Ryanair – has also been set up.

And according to YouGov founder Stephan Shakespeare, writing for City AM, the budget airline still has a lot of work to do to retain a good brand name and regain lost ground.

Using the YouGov BrandIndex tool, Shakespeare noted that Ryanair has an index score in Britain of -40.8 – figures undoubtedly in line with the Which? survey.

Looking at other European markets, Ryanair’s score in Germany is -14.5 and -6.4 in France, yet as Shakespeare notes: “In all three markets, it is not a case of where Ryanair is most liked, but rather where it is least disliked.”

Shakespeare added that Ryanair has a UK score of 13.4 in YouGov’s Consderiation metric, which gives a positive outlook from Brits regarding with whom they wish to fly. Yet Easyjet, in comparison, has a score of 34.

“Our research suggests that if the company were to succeed in improving its customers service (and therefore how consumers regard the brand), it could build upon its market position and take its already formidable success to new heights,” Shakespeare noted.

“But in the meantime, it has a lot of work to do.”

What’s your view of this analysis – and how much does customer service and reputation influence your opinion on who you fly with?