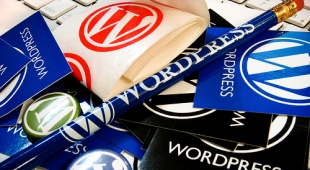 By James Bourne | 9th May 2013 | TechForge Media http://www.cloudcomputing-news.net/
James is editor in chief of TechForge Media, with a passion for how technologies influence business and several Mobile World Congress events under his belt. James has interviewed a variety of leading figures in his career, from former Mafia boss Michael Franzese, to Steve Wozniak, and Jean Michel Jarre. James can be found tweeting at @James_T_Bourne.

A new piece of research from Royal Pingdom has come back with a perhaps unsurprising conclusion; WordPress is the most popular blogging platform – but more interestingly, its dominance is growing.

The researchers analysed the top 100 blogs from Technorati and assessed which platform was on which – and it transpires that over half (52%) were on WordPress, a number up from 48% in 2012.

Custom-designed platforms were the second most popular CMS of choice, accounting for 12% of the vote, with Drupal (7%) and Gawker (5%) following behind.

It’s evident that the gap between WordPress and the rest is fairly substantial – however the researchers were unable to place six of the 100 blogs, which they concluded that a “big chunk” were “very likely” to fall under custom, potentially bumping that score up to 19%.

Aside from WordPress, the biggest grower was TypePad, accounting for four of the top 100 this year compared to two the year before. By contrast, Movable Type scored four having had seven entries the previous year – although two of its entries, Huffington Post and Gothamist, were in the top five blogs overall.

With approximately 65 million blogs up and running, it may not be much of a surprise to see WordPress so utterly dominant; it’s all the more impressive, given the open source platform began much more humbly 10 years ago with “fewer uses than you can count on your fingers and toes”, in the words of the official website.

The question for marketers, therefore, when it comes to choosing a platform, is do you play it safe and join the 65m others on WordPress, or go for something different?

In terms of developers, a Drupal web professional will make on average double the amount WordPress professionals make, according to a recent study cited by Weblance. This may evidently be due to the larger amount of WordPress blogs, but is again something to think about.

Social media has succeeded in putting content previously living on the company blog elsewhere, but that by no means is the death knell for the blog, which remains the epicentre for a successful content marketing strategy.

What platform do you use for your company blog, and why?