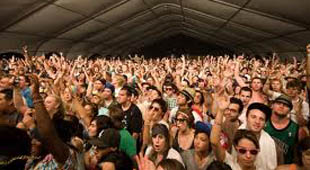 By James Bourne | 18th March 2013 | TechForge Media http://www.cloudcomputing-news.net/
James is editor in chief of TechForge Media, with a passion for how technologies influence business and several Mobile World Congress events under his belt. James has interviewed a variety of leading figures in his career, from former Mafia boss Michael Franzese, to Steve Wozniak, and Jean Michel Jarre. James can be found tweeting at @James_T_Bourne.

MarketingTech spoke to representatives from Lithium Technologies, Sony and Nissan on the importance of community in the social sphere as Social Media World Forum kicks off

As brands start to integrate social more, they get a core base of followers and product advocates. But what should companies do to keep communities ticking over, making new fans?

Prelini Udayan-Chiechi, EMEA marketing director at Lithium Technologies, sees this challenge as the ‘social journey’, and asks various questions of the companies.

The most important question, however, is what companies want to do; should their social strategy focus on revenue generation, or call deflection? For Giffgaff, 90% of enquiries that come into the company are responded to within five minutes – far quicker than almost all companies can humanly achieve.

“Where we really kick in is where the value comes in, we’re trying to help them guide that conversation,” Chiechi adds.

As for the community itself, Chiechi advocates the ‘super fan’, and notes how vital they are to saving the business money – in one instance, a Logitech super fan has been valued at $250,000 per year to the company.  “They’re able to pinpoint to that individual, his activities, what he does, how many minute he’s spending,” she notes.

In certain cases, communities are self-serving. As Nico Henderijckx, Sony European forum and community manager revealed, 60% of posts in the Sony electrics community are solved without the company needing to step in.

“It’s a really well developed self service area that doesn’t require a lot of support, policing or moderating from our side, [it’s] managing and steering so that we keep everything on track,” Henderijckx notes.

But what to do to keep a community ticking over? Henderijckx advocates a cautious approach.

“In general, what I would advise people to do is, before they start creating their own forum, have a look on what third party forums there are that talk about your product, or where you could stimulate the discussion around your product, and see if there is enough interest in order for you to start setting it up yourself.

David Parkinson, head of social media and digital engagement at Nissan, sees it differently from his end. “The [forum] administrators are guys or gals doing this in their spare time,” he notes, “they do it for a live of it and they keep their own communities quite happy. We just support those guys as best we can.

“We haven’t seen any need for it [managing our own communities], we see it as artificial. We want the communities to grow themselves and then support them, rather than force them to be creative.

“It’s not a case of build it and they will come; it’s a case of people will build it if there’s a need.”

For Nissan, the Japanese car giant has a ‘playbook’ for its social media strategy, incorporating everything under the sun, examining other companies’ success and failure, and continually updated.

“We just gathered the combined wisdom of the online space and looked at what everyone else was doing and built that into a playbook,” Parkinson explains.

Yet it’s not a hard and fast system – around 80% of the guidelines are adhered to – with the argument being that if that were the case, then that may dilute creativity. “It’s not like a ‘we’re going to shoot you if you don’t follow these principles’,” Parkinson notes.

“There is room there to do slightly different things, it’s not about having a rigorous stand. It’s about consistency, and then allowing people to work within that framework.”

Above all, the message from all was that social has stepped up a gear; it’s now a core facet of the organisation, and communities are part of it. According to Chiechi: “What I’m trying to advocate is that it’s time to get serious about social…it’s time to actually grow up and it’s beyond experimentation.

“It’s not the case of having one person looking after the social channels, it needs to be integrated across an organisation – it can actually be a really competitive weapon for our customers.”

Parkinson was in equally bullish mood, comparing the current status of enterprise social media to the Internet boom of the early 2000s: “I see it’s a level of maturity happening.

“For the last two, three years, businesses have allowed us to play a bit, business has said ‘we can see this as a good idea, we can’t quantify or justify why’. It’s like the very early days of Internet – everyone knew they needed a website, they couldn’t really prove why.

“What businesses are starting to do is then prove your worth to the business; are we getting more sales? Are our customers more loyal? Is our online perception higher? That I think is where people will start to go, and then as we also stop playing at this…that then starts to become part of normal business.”

Lithium, Nissan and Sony are all speaking at Social Media World Forum, at The Brewery, London, 18-19 March.