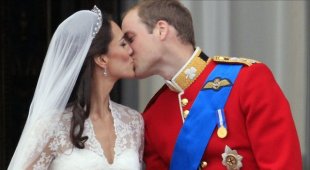 By James Bourne | 23rd July 2013 | TechForge Media http://www.cloudcomputing-news.net/
James is editor in chief of TechForge Media, with a passion for how technologies influence business and several Mobile World Congress events under his belt. James has interviewed a variety of leading figures in his career, from former Mafia boss Michael Franzese, to Steve Wozniak, and Jean Michel Jarre. James can be found tweeting at @James_T_Bourne.

It was almost inevitable that, when the time came, the royal baby’s first moments would completely saturate online, social and traditional media in the UK with almost blanket coverage.

Given that at 0730BST on July 22, a 45 word statement was issued to media outlets announcing the Duchess of Cambridge was in the early stages of labour, the baby was born at 1624BST and the first media announcement of the birth arrived at 2046BST, it’s remarkable how much coverage came from those 45 words.

It’s certainly indicative of how important social media is in conveying the message – perhaps verging upon the most important. The official Clarence House Twitter account tweeted the announcement of the birth at 2035BST, with the BBC reporting, intriguingly, that social messages would be posted moments before the official notice at Buckingham Palace.

At its peak at 2037BST, there were more than 25,300 tweets per minute, according to a Twitter blog. Big numbers perhaps, but compared to the near 132,000 tweets every minute at the peak of Pope Francis’ election, those numbers can be put into context somewhat.

Crimson Hexagon’s study of more than two million tweets through its ForSight social media analysis platform, revealed that 43% shared jokes and humour, ahead of 19% who showed “general excitement” towards the baby.

16% of tweets speculated about the baby’s gender or name, whilst a further 16% shared news stories and updated announcements. 4% of tweets “expressed a lack of interest”, whilst 2%, later on in the day, discussed how their predictions about the baby’s sex were correct.

Wayne St Amand, Crimson Hexagon EVP, said of the results: “The arrival of the new British heir was greatly anticipated across the globe, just as previous royal births have been, but this is the first time that social media has been prevalent to share the news.

“This popularity provided a unique opportunity to analyse social media discussions, study the sentiment and monitor how conversations evolve over time.”

Of course, this isn’t the end of the social journey, with plenty more traffic expected to arrive when the baby is finally named. This certainly leaves some companies in an interesting position. For those who had pre-planned messages, such as sponsored tweets, there might have been more eyeballs on them, but engagement cannot have been impressive.

What did you make of the social media reaction to the royal baby?