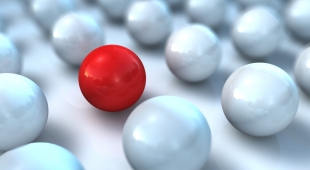 By James Bourne | 16th January 2013 | TechForge Media http://www.cloudcomputing-news.net/
James is editor in chief of TechForge Media, with a passion for how technologies influence business and several Mobile World Congress events under his belt. James has interviewed a variety of leading figures in his career, from former Mafia boss Michael Franzese, to Steve Wozniak, and Jean Michel Jarre. James can be found tweeting at @James_T_Bourne.

Many people who proclaim themselves as ‘social media gurus’, as well as companies looking to get a foot-up on their competitors, see influence as the Holy Grail. But are they going about it the right way? MarketingTech spoke to Tempero’s Michael Conroy to find out.

According to Michael Conroy, senior social media analyst at Tempero, there are problems to the more traditional approaches to social media influence – in particular, just relying on numbers to check who the most influential person in a community is.

This has been coined as the ‘Stephen Fry problem’, named after the British television personality whose relatively early adoption and championing of Twitter in the mainstream helped popularise the social network, and who has over 5 million followers.

But the problem, according to Conroy, is that a lot of those followers are entirely disengaged from the overall community you’re looking at – and therefore you’re getting a distorted view of influential people.

“One of the problems with traditional approaches to influence is that you’re looking for influencers in a particular area of interest, and if you look at number of followers and other metrics, you could quickly find people like Stephen Fry, although he has a lot of followers, and you could say an interest in technology,” said Conroy.

As a result, Conroy advocates a solution to that problem – a social sentiment tool called Mappr. Mappr finds the most influential people in a community by calculating how well connected each influential person is to others with the same interests – in other words, the people influencing the influencers.

The key requirement tackling this issue is that a user in the community network needs to have two or more direct relationships with a ‘seed group’ – the five or 10 people who are most entrenched in a particular community.

“Once you’ve mapped out the network, you can see who’s at the centre of the community rather than looking at the number of followers, for example,” Conroy notes.

The result of this research and mapping is the following graph, which looked at the top 1000 social media influencers in London (click to enlarge):

One obvious thing that strikes anyone looking at the graph is how visual it is.

Visual has been earmarked as a social media trend for 2013, according to Sandra Fathi, president of Affect, who wrote in Business News Daily that because of smartphone users spending more time on Instagram than Twitter in August, it was “indicative of a broader shift toward visual content in the digital space”.

So evidently, Mappr hits this prevalent trend straight in the bullseye.

“I think in the industry you can really see the visual component of social media is no longer just sugar coating it,” said Conroy.

“You can see it with some of the big social players – Facebook’s purchase of Instagram, for example – every social platform put visual at the top of their to-do lists towards the end of last year and definitely this year, especially when it comes to mobile apps, putting images and video front and centre.

“You really start to need visual appeal to get noticed and to keep people’s attention,” Conroy added.

Does this mean we stop using Klout?

Of course, there are plenty of products out there that aim to measure social media influence; the most well known of course being Klout and PeerIndex.

Klout’s tagline, famously, is “the standard for influence”. But Conroy argues that all these influence tools can be used in separate, equally beneficial ways.

“What you can do with Mappr is use it if you want to as just a discovery – so as a brand, you’ve got a new product being released, you need to work out who to talk to, who you should be building a relationship with,” said Conroy.

He added: “You can do this initial research, then you can use tools like Klout or PeerIndex, or other metrics you want to tie into that, to help with your whittling down.

“It’s not a replacement for them; you can choose to use whichever ones might be most appropriate for the situation I think.”

“Modelling social networks and the spread of information through those networks as a connected web of things rather than numbers such as followers and retweets – that approach can tell us a lot about what underlies social media,” said Conroy.

“Social network are really making the relationships between people and the tracking of information spreading through those networks really explicit, and I think we need to start social media insights in these terms, rather than flattening it with numbers,” he added.

As for machine learning, Conroy advocates the prevalence of this trend and links it to the increasing amounts of data needed for social media analysis.

“Computers are good at [analysing] volume, humans are good at discerning subtlety, and neither is equally good at both,” said Conroy, adding: “Machine learning is emerging as the best solution to that problem, recursively training an algorithm with a huge amount of data.

“It’s human intelligence, but it’s scale – it sits in the middle as best we possibly can at the moment,” he added.

Are you looking at the right people for your brand? How does this change the social media influence debate?