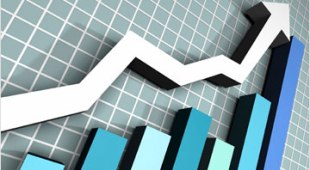 By James Bourne | 21st February 2013 | TechForge Media http://www.cloudcomputing-news.net/
James is editor in chief of TechForge Media, with a passion for how technologies influence business and several Mobile World Congress events under his belt. James has interviewed a variety of leading figures in his career, from former Mafia boss Michael Franzese, to Steve Wozniak, and Jean Michel Jarre. James can be found tweeting at @James_T_Bourne.

MarketingTech speaks to Stephen Kerin, UK managing director at affiliate marketer Webgains, on the differences between affiliate and performance marketing and the trends underpinning them

What’s in a name? When considering the fundamental differences between affiliate marketing and performance marketing, the answer is certainly of interest.

In reality, affiliate marketing is a type of performance marketing, with advertisers rewarding affiliates for activity relating to the affiliate’s marketing efforts. Besides, shouldn’t all marketing come under the umbrella of ‘performance?’ The differences seem to blur and the language subtly changes.

To encapsulate that point, in his introduction to an interview with MarketingTech, Webgains UK managing director Stephen Kerin stated Webgains was “predominantly an affiliate network, but we’re more and more starting to call ourselves a performance network.”

Kerin notes that performance marketing is a “much more grown-up, intelligent offering” for affiliate networks.

So with that in mind, why are affiliate networks looking to expand? Does affiliate marketing get somewhat overlooked in the overall sphere of performance marketing? Kerin believes so, although sounds a note of optimism that things are looking up.

“We’re always amazed that retailers don’t rely on affiliates more, to be honest with you,” Kerin said.

“It does get overlooked a bit, I think. These big agencies who spend time taking people to lunch in Soho, getting the big display budgets; we look enviously at that sometimes and wonder why they don’t spend the money with us.

“However, the affiliate channel has been growing a lot year on year, so I think it’s shifting,” he added.

Regardless of semantics and reputation, there’s plenty of money in affiliate marketing with research backing up Kerin’s assertions.

In July last year Forrester predicted that the space was going to hit $4.5bn (£2.94bn) worldwide by 2016 – a definite upswing, given Forrester noted that affiliate marketing spend went down in 2009 and 2010. Similarly, a study carried out for the Internet Advertising Bureau (IAB) earlier this month revealed that £814m was spent on affiliate marketing and lead generation in the UK for 2012.

So there’s definitely scope for affiliates. But what trends are there for 2013?

One of the big trends throughout the whole of digital marketing is the increased prevalence of mobile. And, as Kerin notes, affiliate is no different.

“That’s something that’s really happened I think now, rather than happening,” Kerin says, adding: “The majority of affiliates are able to offer mobile optimised offerings – the same goes for tablets.

“Some of our smaller clients are a bit late with that, which is inevitable, but we’ve partnered with a couple of companies who can turn desktop sites into mobile sites overnight.

“Because the devices were improving, the sales of tablets are rocketing, it’s inevitable that people become more familiar with buying through mobiles and tablets, so it will grow. How much, I’m not sure – this whole ‘year of the mobile’ thing has been going on for as long as I can remember – but there’s a real meaningful shift now.”

Kerin concluded: “If you were really to press me, I’d hope that mobile and tablet might account for 25% during 2013.”

MarketingTech spoke to Yankee Group’s Jason Armitage back in September, who said that in terms of mobile advertising, the worst thing you could do was take an existing format and just put it straight on a mobile device – the ‘spray and pray’ approach.

Kerin likened the affiliate side to a “three pronged attack” – mobile, tablet and desktop.

“They’re different experiences,” Kerin said: “Because we do have a top 20 affiliates, for those guys who are driving something through, they go to a specific mobile optimised site which is tracked.

“That experience is seamless and specifically designed – it’s not just a fall out from the desktop.”

Another big driver for 2013 is the prevalence of data. It’s a data-centric landscape, as Dan Cohen, of affiliate marketer Tradedoubler points out. In an article from December, Cohen stated that “marketing professionals must find ways of capturing this data and turning it into valuable customer insight.”

And for Kerin, it’s more about getting the preparation right for utilising the data at marketers’ disposal.

“The major thing that’s going to be a big shift is the use of pre-targeting and big data. The thing we’ll see next  year, that we’re not seeing now, is a much heavier reliance on the pre-targeting, understanding the data, be able to pre-target people.

“That channel of affiliate type will be dramatically bigger than it is now – it’s a slither at the moment.”