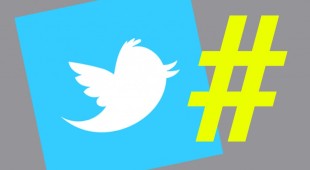 By James Bourne | 10th April 2013 | TechForge Media http://www.cloudcomputing-news.net/
James is editor in chief of TechForge Media, with a passion for how technologies influence business and several Mobile World Congress events under his belt. James has interviewed a variety of leading figures in his career, from former Mafia boss Michael Franzese, to Steve Wozniak, and Jean Michel Jarre. James can be found tweeting at @James_T_Bourne.

Every marketer has to have hashtags drummed into their day-to-day routine, and their correct usage – making sure you neither overuse nor underuse them – is a key factor in making sure as many eyeballs as possible see campaigns. But what do consumers really think?

In the main, they see hashtags as a force for good rather than evil. Of the near 500 users surveyed, 43% see hashtags are useful, compared to 14.7% who see them as annoying.

And the majority of Twitter users incorporate hashtags into their tweets, if the research is anything to go by – 58% said they used hashtags.

Other interesting stats from the research include:

So what should brands and advertisers do? Well, according to the survey’s respondents there’s still an untapped goldmine in the hashtag. Over half (50.6%) of those polled admitted they’d share hashtags far more often if advertisers utilised them more for product promotions and discounts.

Further, 18% said they’d push that promotion on their social networks and follow that brand respectively, creating more eyeballs and more chance of virality.

The overall takeaway from RadiumOne: “Users view hashtags primarily as a form of self-expression and a tool for content discovery.”

Elsewhere, a report from Italian security consultants Andrea Stroppa and Carlo De Micheli has revealed that as many as 20 million Twitter accounts are fake.

Of course, this is nothing new – the underground market for Twitter and Facebook likes from bot accounts was there as soon as brands realised the importance of the social networks. Yet, as reported by the New York Times, whilst Facebook bots require a real email address, Twitter requires no such thing – and the captchas offer little resistance.

Despite this, the use of hashtags continues to gain popularity. What’s your experience of using hashtags as a brand? Did it garner more traffic and shareability, or was there little difference?