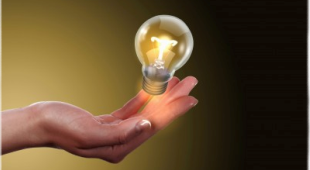 Over and over again, I’ve seen businesses simply look at the top line: “what’s our score?” is the question and “how can we improve it?” At this point, it’s the responsibility of the marketing team to lead a deep-dive of the NPS data to uncover underlying problems and successes that the whole business can learn from.

When designing the NPS survey, you may initially think that there are just two questions – how likely are you to refer us to your peers, and a follow-up question depending on how they scored, e.g. how can we improve, what did we do right, etc.?

However, what really matters is your ability to map each customer back to where they are, what they buy, who they deal with most (account manager, processing centre, whichever is applicable), and who they are.

Any CRM will hold your data, but the best will have a 360 degree view of the customer, meaning that all data, from billing to marketing and sales interactions, is accessible in one place.

What you get back is data that you can cut and slice almost any way you like, giving you considerable intelligence on which parts of the business are performing, and which are not. In one example, I saw, the NPS data was split into processing centres around the country, showing that certain offices had their own NPS score of +25, while others, offering exactly the same service, had an NPS score of -10.

Customers on legacy products had an NPS score of -40, while customers on the new product had a score of +15. The implication in this instance was pretty clear – the marketing strategy had to include a plan to move customers off legacy products as quickly as possible, as they were the most likely to lapse at contract end, if not before.

The data was telling a story that the top-line NPS score could never tell us: while it was good to have a positive NPS score overall, to have a significant negative for one particular product was a shock.

This is the kind of data that operations departments crave, but NPS can inform other areas, for example pricing. Breaking the NPS scores down into billing gives you an idea of where you’re performing best, and where you have to improve in terms of who pays how much.

Equally, are your oldest customers the happiest, and at what stage does a new customer go from passive to promoter, or vice versa? Learning the customer satisfaction curve can help craft your marketing and sales strategies around when customers typically move between NPS scores.

And ultimately, everyone should love your marketing team for this level of insight that cannot be obtained any other way than through NPS.