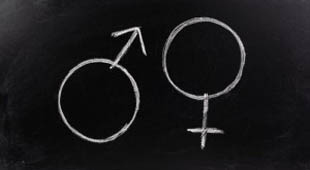 By Matt Henkes | 11th October 2012 | Tech Portfolio http://www.cloudcomputing-news.net/
Covering tech trends across a number of key sectors, including telecoms, apps, marketing and IT, Matt is Editor in Chief of Tech Portfolio. Contact him via twitter @MattHenkes

Not only do women have neater handwriting than their male colleagues, new research suggests that automated email campaigns perform significantly better when the sender is female, according to a study involving over 13 million email recipients.

However, the type of content being sent also had a bearing on ‘sender gender’, with marketing campaign material performing much better with the sender personalised, as opposed to newsletters, which showed increased performance when sent from a generic address.

“I think this is because as a gender we (male or female) are not instinctively threatened by females and so are naturally more trusting of them,” said Adam Sharp, MD at Clever Touch.

“Maybe it is Freudian in that we see females as mothers and therefore associate them with kindness and nurturing. Which in essence is what we aspire to do with our email campaigns, nurture prospects through the marketing funnel”

In addition, the study, which analysed over three years of client campaigns, suggested that the three-day Tuesday to Thursday marketing week often espoused by marketing lecturers is in fact a myth.

Despite marketers’ ingrained aversion to Mondays and Fridays, these days performed equally well for the campaigns in the study, with no significant difference in open rates.