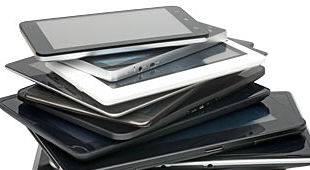 By James Bourne | 3rd October 2012 | TechForge Media http://www.cloudcomputing-news.net/
James is editor in chief of TechForge Media, with a passion for how technologies influence business and several Mobile World Congress events under his belt. James has interviewed a variety of leading figures in his career, from former Mafia boss Michael Franzese, to Steve Wozniak, and Jean Michel Jarre. James can be found tweeting at @James_T_Bourne.

An expert panel at Apps World, featuring speakers from the Financial Times, Telegraph Media Group and Immediate Media, discussed the likelihood of the link between device proliferation and the decline of print media.

The consensus was that each platform could co-exist and provided different things.

According to Mark Challinor, director of mobile and interactive at Telegraph Media Group: “We view newspapers as a luxurious complete read for an older demographic, and we have different platforms for different things.

“They all serve differently, and complement each other rather than compete with each other.”

Jagdeep Singh, head of software development and engineering at the Financial Times, agreed, but warned against ‘bundling’ – putting the two packages together.

“It’s all about the experience,” he said. “The newspaper is very posh, something which a reader is going to use at their leisure. If you bundle them, you undermine both, because each is a separate entity and experience in its own right.”

So with that in mind, what were the advantages to digital magazines, and news outlets on tablets?

According to Billingsley, the ability to experiment with new titles at low cost was a major advantage for digital media, as well as the success of premium content and paywalls.

“The fact people are willing to pay is really exciting, as well as the economics and scale of distribution,” she said.

“It’s exciting that without huge investment you can try products in new contexts, which a year ago we wouldn’t have been able to do.”

Singh particularly noted the success of premium content. The FT app, of course, has many distinguishing features in that it isn’t part of the App Store, it runs off HTML5, and it features paid content, along with the main website.

“One of the key drivers is that people are willing to pay for premium content,” said Singh, adding: “The FT app is seen as a uniquely distinct product – although the content has been written once the way it’s delivered is unique. We understand the consumer: let’s give them value added content.”

And what is the ‘value added content’? “We need to start to change our end game,” argued Singh, adding: “Instead of pushing content, we’ll have to interact more with our audience.”