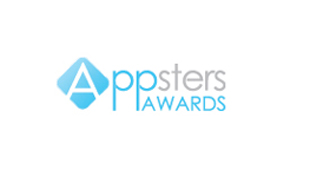 By James Bourne | 1st October 2012 | TechForge Media http://www.cloudcomputing-news.net/
James is editor in chief of TechForge Media, with a passion for how technologies influence business and several Mobile World Congress events under his belt. James has interviewed a variety of leading figures in his career, from former Mafia boss Michael Franzese, to Steve Wozniak, and Jean Michel Jarre. James can be found tweeting at @James_T_Bourne.

An app that lets secretive smartphone users hide sensitive texts and images away from prying eyes has made it to the final of an apps industry awards competition, The Appsters 2012.

Unfaithful partners, international spies or anyone wanting to keep part of their life secret can use the Loky app to keep contacts, text messages, files and images hidden safely away from inquisitive snoopers and suspicious partners.

Loky’s makers say the app aims to ‘keep your private life private’. Using the app, messages from your private contacts never appear in your message inbox. Instead, they drop into a secret inbox within the app, ready for you to read at a more convenient time.

It even sends you a dummy text that looks like innocent spam to notify you that one of your illicit contacts has messaged you. Got files or images you don’t want a certain someone to see? No problem, these can all be hidden within the app too.

If users get surprised and need to close the app in a hurry, shaking the phone for a second will do the trick. And if they’re rumbled, a partner realises what the app’s all about and demands a look inside, you can even set up a false version and fill it with completely innocent stuff.

Appsters Award judge and mobile industry journalist Matt Henkes believes Loky is a natural development of the market in secure file transfer services like DropBox. “Mobile security and privacy are serious issues, both in personal and business life,” he said. “Inevitably cheating partners will find this app pretty handy, but there are many potential uses.

“For instance, people who don’t want anyone to know they’re looking for a new job, or arranging a surprise birthday party.”

The people behind the app, currently available for Android phones, say it’s designed for the wide range of people who want to keep certain parts of their life separate. They reject the idea that the app is designed for love cheats.

Loky is up against stiff competition in the Most Innovative App category, including an instant digital image retouching app called Snapheal; a Speech Pathology app that packs all the tools used by speech therapists into an easily portable smart device; and drawMD, an app designed to help doctors and surgeons explain complex procedures to patients using interactive images.

The Appsters Awards recognise apps excellence across twelve categories. The ‘Halifax Homefinder App’ made it to the shortlist in the Best Geo-Location App category, along with an app called ‘Is There Anybody Out There?’ which responds to nearby earthquakes by automatically communicating the user’s GPS location to social networks, either to assure loved ones that they’re safe, or alert emergency services to their whereabouts. It even automatically turns the phone’s ringer volume to maximum to make them easier to find in an earthquake rescue situation.

Other finalists include an app called Brush DJ in the Start Up category, which provides dental hygiene advice and plays  music for two minutes to let users know how long they should spend brushing their teeth. The BBC’s Olympics 2012 app is in the running for Best Entertainment App, while the MET Office’s popular Weather App has made it into the Best Consumer App category.

Loky is a finalist in the ‘Innovation’ category of the Appsters Awards 2012, part of Apps World, an apps industry conference on 2-3 October showcasing the latest apps technology. For more information, see: http://www.apps-world.net/europe/