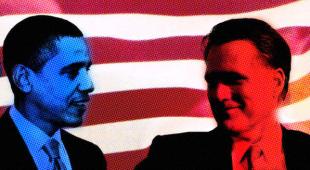 By James Bourne | 5th November 2012 | TechForge Media http://www.cloudcomputing-news.net/
James is editor in chief of TechForge Media, with a passion for how technologies influence business and several Mobile World Congress events under his belt. James has interviewed a variety of leading figures in his career, from former Mafia boss Michael Franzese, to Steve Wozniak, and Jean Michel Jarre. James can be found tweeting at @James_T_Bourne.

Two pieces of research have uncovered intriguing social media trends relating to the US presidential elections.

Research from Pew has revealed that social media commenters were “relentlessly negative” about Barack Obama and Mitt Romney and far harsher than the mainstream media; while research from market analysts Mindshare reveals that Republicans are more likely to interact with social media.

Given that the 2008 contest was widely considered the first ‘digital election’, there has been a lot of interest in whether social media can affect the election race.

This is something the Project for Excellence in Journalism has focused on in the run up to the election, as Americans go to the polls on November 6.

Primarily, the research showed that the mainstream media was less harsh than social media when it came to each candidate.

In the blogosphere, there was little to choose between the candidates, but still an increase on the mainstream (Obama 44% negative, Romney 46%).

The research further states that the social media consensus was “relatively unmoved” by the mainstream narrative; however it conferred that the coverage for Obama, particularly on Facebook, had improved during October, given that he was considered to have struggled in the first debate.

Can we take the social media element seriously?

The report warned that, if one were to look at social media postings as serious analysis, the narrative was “more a barometer of social media user mood than a reflection of candidate action”.

This argument makes sense but then again, does mainstream media influence or reinforce voters’ political beliefs?

As Kathy Gill, senior lecturer at the University of Washington’s Department of Communication told the Seattle Times: “Much of the political discussion online takes one of two forms. It’s a whole bunch of people talking to one another who already agree with one another, or it’s people shouting at one another”.

A piece of research after the election determining whether swing voters were influenced by mainstream media or social media would certainly be interesting.

Yet a CNN project is attempting to do something similar and quell apathy in Hawaii, the state with the lowest voter turnout. Having gotten six non-voting participants, CNN is encouraging its viewership to send them social media messages in order to see if they can change their mind.

But would checking Twitter influence your opinion on the presidential candidates, or even encourage you to vote at all?

Which presidential candidate is the most social media savvy?

Elsewhere, according to research from media agency Mindshare, Republicans are more likely to use social media and are also more likely to look at election news on their phones.

31% of Republicans polled followed election news on social media sites, compared to 19% of Democrats and 25% of Independents.

Sorokin said: “[Obama] has significantly more followers than Mitt Romney but if Republican voters are more active on social media, as our survey suggests, they’re more likely to be engaging with undecided voters via social media channels – and that could be vital on Election Day”.

But how have Americans been following the campaign trail? According to the Mindshare figures, a quarter of those polled have followed it via video on their computer. Social media was the third most popular outlet on 21%, behind newspapers (22%) and ahead of magazine articles (20%).

Find out and discuss salient social media trends and issues at the Social Media World Forum event, in New York on 27-28 November.