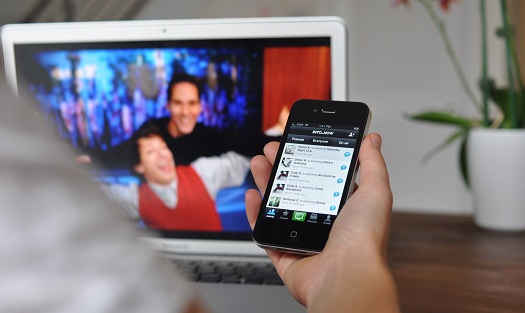 By Dani Millward | 22nd March 2012 | Marketing Tech News
Categories: Social Media Marketing,
Covering a range of topics within key technology sectors, including apps, development, marketing and IT, Dani is Online Editor of Marketing Tech. Contact her via Twitter on @Dani_Millward

Almost a fifth of TV viewers use social networks to discover new TV programmes to watch.

The report, released by PR and social media agency Diffusion, found that 17% of viewers use social media to find new TV shows. The percentage has risen to 39% for 18-24 year olds, possibly due to being the target audience for UK station Channel 4.

The Social TV Trends report was released the same day as Channel 4’s announcement of it launching a a new TV channel called 4seven, enabling people to catch up on television shows that have been widely discussed and trending online during the past week.

David Abraham, chief executive of Channel 4, said: “It will schedule the main channel content that is creating noise – amongst social media, bloggers, commentators and of course via contact our viewers have directly with us – and incorporate this buzz into the look and feel of the channel.”

It’s said that the new channel will help converge traditional TV and digital experiences, offering an alternative to catch-up TV by broadcasting shows from the previous seven days to viewers that missed it first time round.

Tom Malcolm from Diffusion said: “These real-time, online discussions of TV shows on social media mark the end of the water-cooler effect and a fundamental change in the way Brits watch, share and interact with TV.”

According to the report, an extra 17% of British viewers would talk about a televsision show if their friends were. Online competitions or promoted social messages were found to be less likely to get viewers involved.

“Advertising alone is no longer enough; the social television viewer is increasingly looking for third party endorsement and it’s vital that broadcasters get their audiences talking about their shows positively online.”

We’re partnering with Social Media World Forum 2012, a leading social media marketing event in London on 27-28 March. The dedicated Social TV track is on hand to explore how brands and marketers can harness the approaching revolution in TV consumption. We’ll also be running our own, free-to-attend MarketingTech conference track, covering various in-depth topics, including how to compile your social media strategy, measure and analyse results, build your brand through social media and much more. For more information, click here.