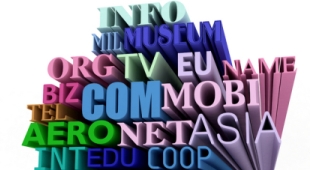 By James Bourne | 14th June 2012 | TechForge Media http://www.cloudcomputing-news.net/
James is editor in chief of TechForge Media, with a passion for how technologies influence business and several Mobile World Congress events under his belt. James has interviewed a variety of leading figures in his career, from former Mafia boss Michael Franzese, to Steve Wozniak, and Jean Michel Jarre. James can be found tweeting at @James_T_Bourne.

The news that two companies are willing to pay $185,000 for .sex may seem shocking at first glance, but it becomes perfectly innocent with the news of the new “top-level domains” available to companies.

The announcement from the Internet Corporation for Assigned Names and Numbers (Icann) of a new generic Top Level Domain (gTLD) program which will hugely extend the list of potential domains and web pages has been praised as “historic” by Icann.

These domains aren’t going cheap – each application costs $185,000 – with Google applying for over 100 top-level domains at an eye-watering $18.7 million altogether.

These included the expected .google, .youtube and .plus, but also the not so evident .fly, .eat and .new. $18.7m may be big money, but Google will certainly see it as small change if it ensures their brand position at the forefront of the Internet’s future.

The most popular domain was .app, with 13 companies attempting to secure it – yet peculiarly, Apple wasn’t one of them.

Yet despite the steep price tag 1,930 applications have been received overall. These applications will be subject to a two month public comment period, allowing anyone with an objection with certain domains to speak out.

Rod Beckstrom, CEO of Icann, told the launch conference, “We are standing at the cusp of a new era of online innovation,” adding: “That means new businesses, new marketing tools, new jobs and new ways to link communities and share information”.

Jonathan Robinson, non-executive director of Afilias, a domain name registry operator, said of the change: “We now enter another waiting game to see which domains come to fruition first and how organisations plan to use these moving forward – but we are likely to see the first batch of extensions go live in around 12 months.

“There are still operational challenges ahead, but the most important thing is that businesses feel well-supported having submitted their applications,” he added.

But this development, momentous as it sounds, hasn’t been cheered through resoundingly.

Various major companies, such as Kellogg’s, Nestle and Samsung, had signed a petition against the new domains, claiming their worry that it will pressure smaller brand owners to defensively buy and protect their image.

There is also an important point to note here regarding monetary issues – if Sir Tim Berners-Lee wanted the World Wide Web to be for everyone, are these new domain names pricing everyone out except the biggest businesses?

This is brought out in the geographical location of applications – over 900 from North America, 675 from Europe but only 41 from Latin America and Africa combined.

Are these domains going to give brands more power, or does this put unnecessary pressure on brands? If money were no object, would you consider buying a top-level domain for your enterprise?