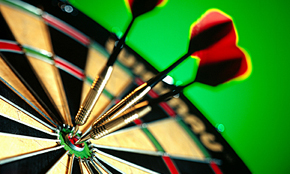 By Henry Lawson | 11th July 2012 | nFluence http://www.nfluence.com/
Henry Lawson is the CEO of nFluence, a marketing technology startup focused on making marketing work better from the consumer’s point of view.

Microsoft’s recent announcement that ‘DO NOT TRACK’ would become the default setting in IE10 has been met with predictable dismay by most corners of the digital marketing industry. Understandable, given that cookie-based tracking mechanisms have, in the last five years, become the norm for marketers, publishers, and the technology providers that supply them.

The digital marketing process has become unsubtle and downright creepy in some cases, and it’s no wonder that we are seeing a wave of consumer resentment and suspicion. The recent Orbitz debacle where Mac users are being served more expensive hotels without their knowledge is a case-in-point.

Marketers who have built a career on tracking technology and understanding consumers through sniffing their data exhaust naturally worry what this all means. In reality, Microsoft has merely moved a little ahead of the rising tide of consumer and legal sentiment to one day make the practice unacceptable or even illegal.

In Washington, London, and Brussels, legislators are moving to create internet Bills of Rights and Cookie Directives that threaten to render obsolete the tracking technology that has become de rigeur in the last decade.

The fastest-growing subset of digital marketing, mobile, has issues of its own.  The unreliability of cookies means that mobile has had to focus on its own attributes: being the one medium that accompanies a consumer into the store, and the one that can know someone’s location. It is clear from many location-enabled applications that if a consumer sees a benefit, they are very happy to share their location. Location-based services like Foursquare and Glympse make the ability of broadcasting location a virtue. Even then, sensitivity around location and the personal nature of the device does not make mobile immune from the DO NOT TRACK furor.

The heart of the problem is that, as click-through rates have declined, the industry has not taken care of the wasted messages to uninterested or even downright opposed consumers. Digital has rendered the old John Wannamaker quote of “half my advertising is wasted, I just don’t know which half” redundant from a marketer’s point of view by only charging for clicks, actions, and ads that actually work. Unfortunately, this has left the consumer as a harried victim of huge collateral damage; between 249 and 999 ads have to be served to the disinterested to garner a single response. In the case of Facebook ads, their own data increases this collateral damage to 1999 ads sent per one response.

The industry has been slow to react to this waste, partly because the monetary cost of wasted messages sent has been very low and partly because the focus has been on delivery of ads that work for the marketer. This waste, which is really an unwanted intrusion, has now caught the eye of consumers and regulators who are reacting in ways that can ultimately damage the industry. So what is the poor marketer to do?

Our thesis: ASK THE CONSUMER.

Companies like Allow in the UK and Connect.me in the US are enabling consumers to delist from marketing lists and then reengage on their own terms.  Allow takes a revenue share on the lead generation fee paid by the marketer for the qualified reengagement. Many of the largest companies, including Google and Facebook, purport to allow consumer editing of their own profile, but then bury the option behind several screens, and in Facebook’s case just download to the consumer the unadulterated raw information. The message to the majority of consumers is clear: we don’t want you to play with this.

What consumers might prefer, if one were to actually ask them, is the ability to build, manage, and get useful things from their own personal profile and data. Very few people would volunteer things like their credit score records for marketing fodder, nor do most of us have the patience to sit and fill out surveys. Instead, let consumers remain entirely anonymous and in control.

Our company has tried allowing the consumer to own their profile, called an Advertartm. We have seen them using this digital manifestation of themselves which expresses their interests and intents in a range of applications, from movie recommendations to filtering daily deals, from what to watch on TV tonight to what unpublished artist track to listen to.

The effects are quite remarkable, as consumers go from a creepy world of retargeting, spied-on emails and black boxes following them to one where they see what comes, express their opinion on the recommendation, and change their profile at will. The expressions of interests are deep and invaluable to marketers who are looking to add to their own data on a consumer. Marketers can target their audiences on a level more personal and more capable than years of third-party data sniffing can generate – and do it all with their consent.

No matter how foolproof your methods, not every ad/offer/piece of content that a consumer receives will be of 100% interest to them, but there are ways to improve the odds and, more importantly, let uninterested consumers influence their profile to reduce the chances of similar ads/offers/content being sent again.

We have found that privacy is, in itself, not uppermost in consumers’ considerations, but the effect of having no control over spam email, intrusive SMS’s and all forms of digital advertising most certainly is. By providing a mechanism the consumer can control, marketers can move from being on the wrong side of the digital debate to the right side. Consumers move from enduring the rubbish to having a say. The rise of consumer empowerment, from rating sites like Tripadvisor and Yelp, means this is not going away. Marketers have an opportunity to embrace the change and prosper from it. Let the consumer drive!