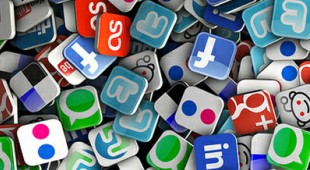 By James Bourne | 14th December 2012 | TechForge Media http://www.cloudcomputing-news.net/
James is editor in chief of TechForge Media, with a passion for how technologies influence business and several Mobile World Congress events under his belt. James has interviewed a variety of leading figures in his career, from former Mafia boss Michael Franzese, to Steve Wozniak, and Jean Michel Jarre. James can be found tweeting at @James_T_Bourne.

Even if your content is spectacular, zippy and bursting with life, if it doesn’t get shared out at the right times it’s going to sink without trace.

Advertising specialist RadiumOne has produced an infographic based on research from all social networks, revealing that the peak time for Google+ is 10am, Twitter is 1pm, Facebook is at 5pm whilst Pinterest registers its highest share figures at 11pm.

And as the networks differ, devices also have peak times in which to share. Tablet users are most likely to check at 1pm, with computers at 9pm and mobiles at 10pm respectively.

Peak sharing by geography also revealed some interesting results. Whilst peak sharing in the US was at 9pm, in the UK it was 6pm – bizarre considering that’s when most people are going home.

The research was carried out over 10,000 publishers using RadiumOne’s po.st tool.

RadiumOne is also launching a cross-platform hashtag targeting system, for companies who want to immediately target brands who have shown an interest in their product, and built multi-platform campaigns within moments.

Check out the peak sharing time infographic below (click to enlarge):