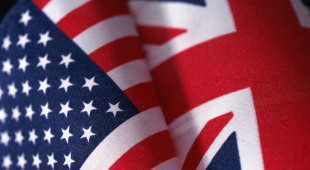 By James Bourne | 6th December 2012 | TechForge Media http://www.cloudcomputing-news.net/
James is editor in chief of TechForge Media, with a passion for how technologies influence business and several Mobile World Congress events under his belt. James has interviewed a variety of leading figures in his career, from former Mafia boss Michael Franzese, to Steve Wozniak, and Jean Michel Jarre. James can be found tweeting at @James_T_Bourne.

According to Adform’s CMO, European marketers aren’t afraid of new online display ad technology – “just the wrapper it comes in”.

Following previous research from display marketing specialists Adform examining marketers’ knowledge of online advertising acronyms; it appears that the US is more clued up on the key terms than their UK counterparts.

Adform’s research, taken from a poll of 120 delegates at ad:tech London and New York, revealed that, whilst a miserable 32% of UK-based respondents understood RTB (real time bidding), over double (67%) of Americans polled knew it.

Similarly, the term SSP (supply side platform) was understood by 53% of American marketers, but only 18% of UK-based delegates.

Yet according to Adform’s CMO Martin Stockfleth Larsen this news should hardly be a surprise, and it should also serve as a wake-up call to UK digital marketers.

Larsen told MarketingTech: “We presumed that the US would be better with the online display jargon, as they are typically one year ahead of the UK in the tech media space, as the market and venture money is bigger within US advertising.”

But, of course, not knowing a piece of jargon doesn’t necessarily mean being ignorant of the concept. Is it a case of UK-based marketers being afraid of the acronym?

Larsen disagrees. “Marketers aren’t so much afraid of acronyms, they’re not just as commonplace in Europe as they might be,” he said.

He added: “Brits and Europeans tend to prefer the longhand approach. So it is not the technology that baffles them – just the wrapper in which it comes in”.

Yet Larsen warned that in the long run this could prove very damaging.

“We all know that visionary branding and storytelling is the differentiator if you want people’s attention,” he said, adding: “The interesting part of real time bidding is not the technology but the business benefits for publishers, agencies and advertisers, so we can indeed learn a lot from this research.”

Rich media’s prominence is increasing at a rapid rate for both digital marketing and advertising, and it was something keenly noticed in the Adform research.

76% of delegates interviewed in London said that they expect more investment in rich media online ad campaigns during the next 12 months, and this figure was backed up by the US response, where 64% foresaw a decline in standard ad display campaigns.

Larsen agreed that the enthusiasm for rich media is a pivotal digital marketing trend.

“As the number of screens increases, rich media continues to have a pivotal role in the growth of display advertising,” he said, adding: “This year mobile and video have really evolved the display space as we know it, and this is only going to continue as companies want to create more personalised and engaging branding ads for consumers to interact with across a range of different screens and platforms”.

What other trends do you see in the advertising space in the next 12 months?