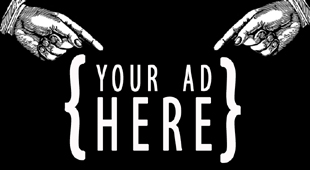 By Matt Henkes | 13th June 2011 | Tech Portfolio http://www.cloudcomputing-news.net/
Covering tech trends across a number of key sectors, including telecoms, apps, marketing and IT, Matt is Editor in Chief of Tech Portfolio. Contact him via twitter @MattHenkes

New figures released by the European arm of the International Advertising Bureaux (AIB) point to a significant revival in the popularity of online display advertising.

With an average growth rate of 21.3%, Display overtook Search advertising as the fastest growing online ad format in Europe, according to the AIB’s annual AdEx survey.

Search, which has been the catalyst of online advertising growth in recent years, increased 15.1% in the same period across the 25 markets measured. Video, mobile and social media all contributed to the powerful performance of Display.

The markets with the highest online ad-spend in the report are, in order, the UK, Germany, France, Netherlands, Italy and Spain. Together they account for almost three quarters (74%) of the total online advertising market. Central and Eastern Europe markets now represent almost a tenth (9.8%) of the total.

Paid search continued to grow double-digit at an average of 15.1%. It remains the biggest category in online advertising, with 45% of total advertising spend compared with 33% for Display and 22% for Classifieds and Directories. Whilst some of the more established markets experienced smaller increases (UK +8% like-for-like, France +10%) many saw explosive growth (Hungary +44%, Poland +31%).

Vincent Létang, Senior Analyst at IHS Screen Digest said “Back in 2009, video was the only growth engine in an otherwise flat Display market. In 2010 by contrast, three pillars – mobile, video and social – attracted new advertising investment. On top of fast-growing new formats, let’s not forget that traditional PC-based, banner-style formats have retained their appeal thanks to innovations in design and targeting and a rise in mainstream brands using Display for branding campaigns.”