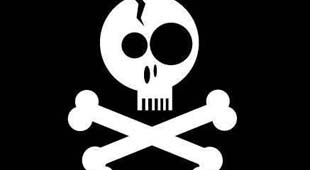 By Matt Henkes | 10th June 2011 | Tech Portfolio http://www.cloudcomputing-news.net/
Covering tech trends across a number of key sectors, including telecoms, apps, marketing and IT, Matt is Editor in Chief of Tech Portfolio. Contact him via twitter @MattHenkes

The media buying arm of marketing and advertising behemoth WPP Group has effectively cut these sites off from the massive online marketing spend of some of America’s biggest digital advertisers, brands like Ford, Unilever, Dell and Colgate.

Legislation aimed at shutting down sites that steal content has struggled to make it through the US Congress, but GroupM has compiled the blacklist in a bid to protect its clients from having their ads appear against illegitimate content.

From now on, in order to carry ad content from GroupM, which pumps around $6bn into global online advertising annually, publishers will have to sign up to a new anti-piracy policy. Currently this only applies to publishers in the US, but GroupM plans to expand the list and roll the programme out across its global operations in the near future.

“It’s difficult for us to tell how many of our ads appeared on pirated sites—it’s the ad networks and exchanges where we don’t have the visibility—but our objective is to make sure it won’t in the future,” said John Montgomery, COO for GroupM Interaction.

“Our advertisers are all blue chip advertisers and would not want their advertising to appear on illegal sites. The reason we all have great jobs is because there is great content on the Internet. When ads support pirate sites, it doesn’t contribute in any way to new content being created.”

Samsung pulled advertising earlier this year after its ads appeared on an Android app that allowed users to store music on their phones for free, which could have been constituted as a breach of copyright.