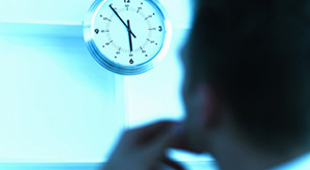 By Matt Henkes | 6th July 2011 | Tech Portfolio http://www.cloudcomputing-news.net/
Covering tech trends across a number of key sectors, including telecoms, apps, marketing and IT, Matt is Editor in Chief of Tech Portfolio. Contact him via twitter @MattHenkes

Google is waiting to find out if a mobile version of its new social networking platform will be approved by Apple for use on iPhones and iPads.

Although neither company have commented, a Google employee wrote on her Google+ page that the app was waiting for approval.

“For my iPhone using friends: the Google+ iPhone app has been submitted to the App store (no not today, sometime prior to today) and is awaiting approval,” she wrote.

Apple has a strict app vetting process, and has rejected Google apps in the past. But for the new social network to build a strong user base quickly, it’s important that iOS users are able to access Google+ on their mobiles through the native app, rather than by using the currently available web app.

The exposure that Apple’s App Store would provide for Google’s new social ‘project’ could also be crucial. A native app is already available for Android users.

Two Google apps were rejected back in the early days of App Store, Voice and Latitude. The company said that, in the case of Voice, it replicated one of the iPhone’s core functions – something which broke the App Store’s terms of use. However, Apple’s rules were later relaxed, following an investigation by the US Federal Communications Commission.

In the personality popularity competition, Google nemesis and Facebook founder Mark Zuckerberg is currently the most popular user of Google+, with 35,000 followers, over 10,000 more than Google’s own founder and CEO Larry Page, currently on 24,000.